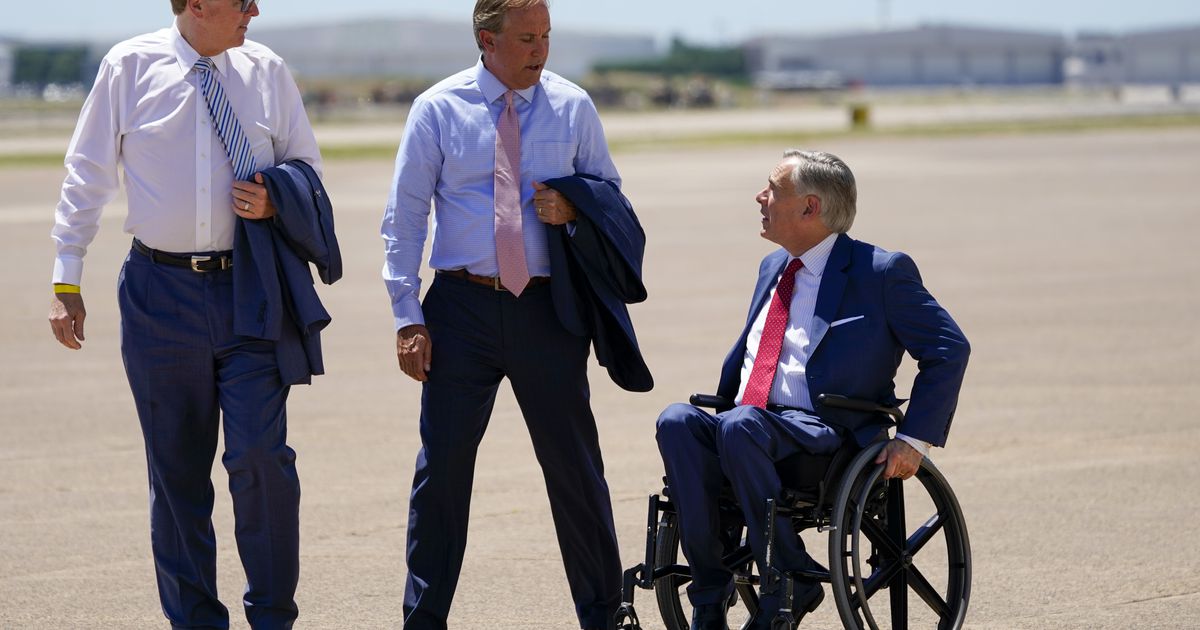 On Monday, both men filed letters supporting Attorney General Ken Paxton’s request that the higher court rule on the matter. However, they did not say whether they agreed with Paxton’s argument that he is immune from a whistleblower lawsuit brought by former employees who allege he suffered retaliation for accusing the Attorney General for abusing his office.

“The motion involves issues of statewide importance, as well as separation of powers issues that warrant consideration by this Court,” wrote Christopher D. Sterner, general counsel in the office of Lt. -governor. “Regardless of the outcome of the case, this case is about the interpretation of a Texas law, and the people of Texas deserve to have a case of this importance heard and reviewed by the highest court in the state. .”

Spokespersons for the governor and lieutenant governor did not respond to requests for comment on whether they agree with Paxton’s arguments in the case.

An appeals court ruled in October that former Paxton employees could sue him under state whistleblower laws. Paxton appealed in January and is now awaiting the Supreme Court’s decision on whether to take up the case.

Abbott and Patrick’s support is significant for Paxton, who is battling the lawsuit and unrelated securities fraud charges while seeking re-election. Paxton failed to win his March GOP primary and will face Lands Commissioner George P. Bush in the Republican runoff next month.

Patrick has endorsed Paxton’s re-election but Abbott has so far remained mum on the race.

The whistleblower’s lawsuit dates back to allegations raised in late 2020, when several high-level Paxton agency employees accused him of trading political favors with Austin real estate investor Nate Paul. In exchange for allegedly helping Paul with a number of outstanding issues with his agency, these employees say Paxton received a kitchen renovation and a job for a woman with whom the attorney general had an alleged affair.

The FBI is investigating these allegations. No charges have been filed.

Employees have been fired or resigned over the allegations. Four then sued Paxton for retaliation under state whistleblower laws. Paxton denies any wrongdoing and says the employees were terminated for just cause, including misconduct, incompetence and disloyalty.

His own agency released a report claiming to exonerate him from allegations of corruption and abuse of power in August. In February, whistleblowers released a statement accusing Paxton of lying about his legal troubles to protect himself during election season.

In his brief filed Monday, the governor’s attorney agreed with Paxton that this should be dealt with by the higher court.

“This case involves the governance powers of an Executive Department officer who was elected statewide. Cases of this nature are best decided by a court with statewide jurisdiction, not by a regional court like the Austin Court of Appeals,” wrote James P. Sullivan.

Kent Hance, a private attorney, also filed a letter supporting Paxton, but went further to say that upholding the appeals court’s decision “would jeopardize the very foundations of our system of government.” A former congressman and holder of statewide office, Hance’s company also represented Paul and, through a PAC, donated $25,000 to Paxton’s campaign in 2020, according to The Houston Chronicle.

One of the whistleblower’s lawyers criticized the letter from Hance, who did not immediately respond to request for comment.

“Only someone as shameless as Ken Paxton would have a lobbyist whose company donated $25,000 to Paxton while representing Nate Paul’s companies in asking the Texas Supreme Court to rewrite the Texas Whistleblower Act,” TJ Turner and Tom Nesbitt, attorneys representing former Assistant Attorney General Blake Brickman, said in a statement.

In addition to the whistleblower’s lawsuit, Paxton has been on active indictment since 2015 for allegedly violating state securities laws. This case is on hold while the parties disagree on where a potential trial should take place.