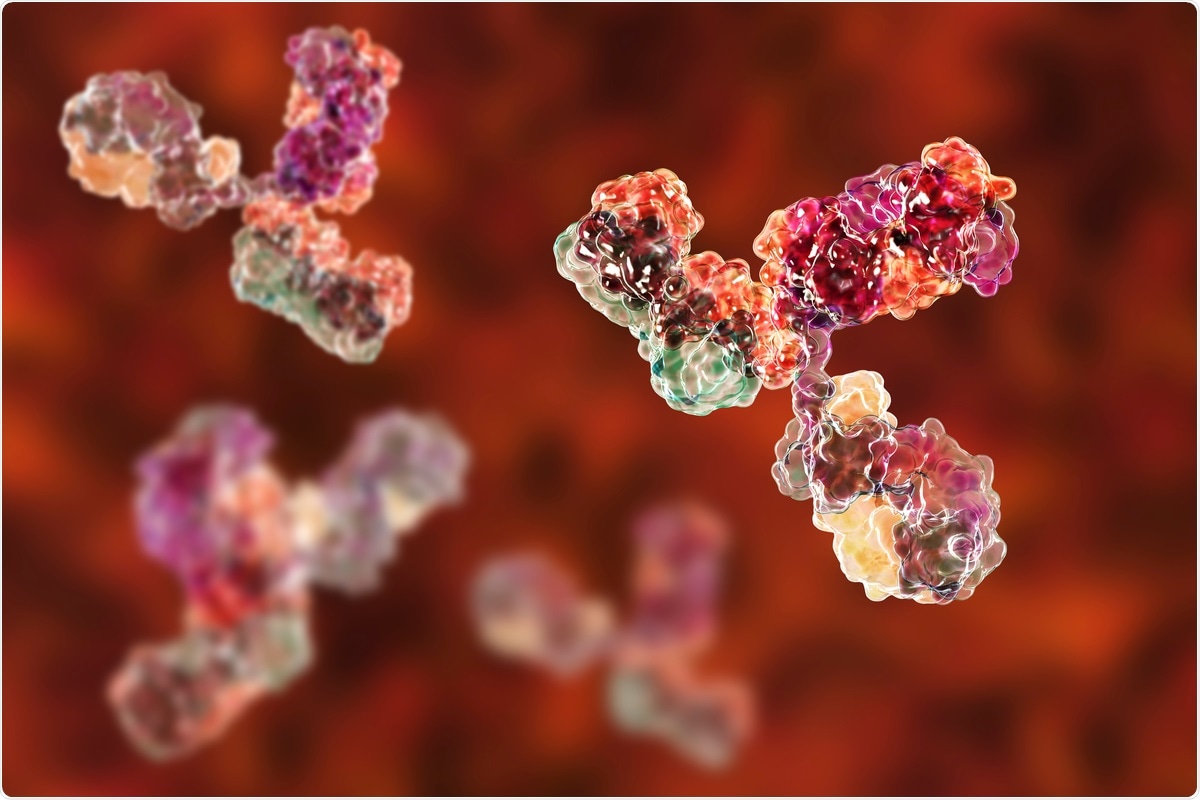 A pre-printed version of the study is available on the website medRxiv* server while the article is subject to peer review.

The Severe Acute Respiratory Syndrome Coronavirus 2 (SARS-CoV-2) sparked a pandemic that has shut down businesses and schools around the world and severely restricted routine social interactions for months.

One effective route of treatment has been shown to be monoclonal antibodies. These are therapies based on potent neutralizing antibodies derived from human plasma, which have been refined into those generated by a single plasma cell and therefore capable of recognizing and binding to a single epitope on the receptor binding domain of viral spike protein (RBD).

Many remain at risk of serious illness and death from COVID-19, including the risk for those who are immunocompromised and those who develop breakthrough infections.

The RBD peak is responsible for viral engagement with the human angiotensin converting enzyme 2 (ACE2) receptor of the host cell and for viral entry into the cell to establish infection. Antibodies that target the spike protein can neutralize the virus, protect against symptomatic infection, and limit the progression of COVID-19.

The present study examines a combination of two long-acting human neutralizing antibodies, AZD8895 (tixagevimab) and AZD1061 (cilgavimab), nicknamed AZD7442. These were derived from the B cells of recovering COVID-19 patients.

These molecules were developed from antibodies that have shown potent neutralizing activity against the virus, with synergy between the two antibodies when present together. The antibodies were modified to increase the half-life while reducing effector functions such as binding to the gamma Fc receptor (FcγR) and complement.

What did the study show?

The present study shows the results of the antibody cocktail on the prevention and treatment of SARS-CoV-2 infection in non-human primates (PNH) and the pharmacological characteristics of this formulation in the healthy nasal mucosa of humans adults.

The two antibodies individually showed high affinity binding to the viral spike protein at different epitopes which did not overlap and located a good distance from each other on opposite facets of the RBD. The cocktail binds to RBD with an affinity 3000 times that of the ACE2 receptor, and either antibody potently blocks binding to RBD.

When tested against the currently circulating variants of concern (VOCs) of the virus, the individual antibodies and cocktail neutralized the viral particles with high potency at nanogram levels. The presence of binding to two different and distant epitopes ensured that the mutations present in the VOCs did not affect the neutralizing activity of the drug.

Thus, this drug is not associated with an increase in antibody dependent infection (ADE).

In addition, the antibody cocktail effectively prevented and treated SARS-CoV-2 infections in NHPs, with viral subgenomic ribonucleic acid (sgRNA) undetectable in lung fluid samples from pretreated animals after viral challenge. . The dose used was only a fraction of that used in humans (dose of 4 mg / kg versus 300 mg).

When the drug was given after a viral challenge, the virus was rapidly cleared from the nasal cavity and lungs within a week of infection. Thus, the cocktail protects NHPs from infection and improves viral clearance while reducing the level of inflammation in the lungs and preventing lung damage. It is likely to be useful in the prevention and treatment of infections.

Particularly important, elevated levels were observed in the nasal mucosa, an entry point for the virus. It appears that a single dose of AZD7442 can protect the individual for at least 12 months.

What are the implications?

The researchers conclude: “AZD7442 demonstrated potent in vitro neutralization against SARS-CoV-2 VOCs, in vivo efficacy in the parameters of prevention and treatment of SARS-CoV-2 infection in NHPs, and half- prolonged life in NHPs and healthy adult participants. “

Thus, it could protect vulnerable individuals after exposure, starting almost immediately, or boost immunity in those who do not respond adequately to vaccination. It is also likely to help people with weakened immunity.

Additionally, its ability to accelerate viral clearance and prevent severe lung damage indicates its potential use as a therapy in COVID-19 patients to prevent serious illness. Further trials are planned and their results will be eagerly awaited.