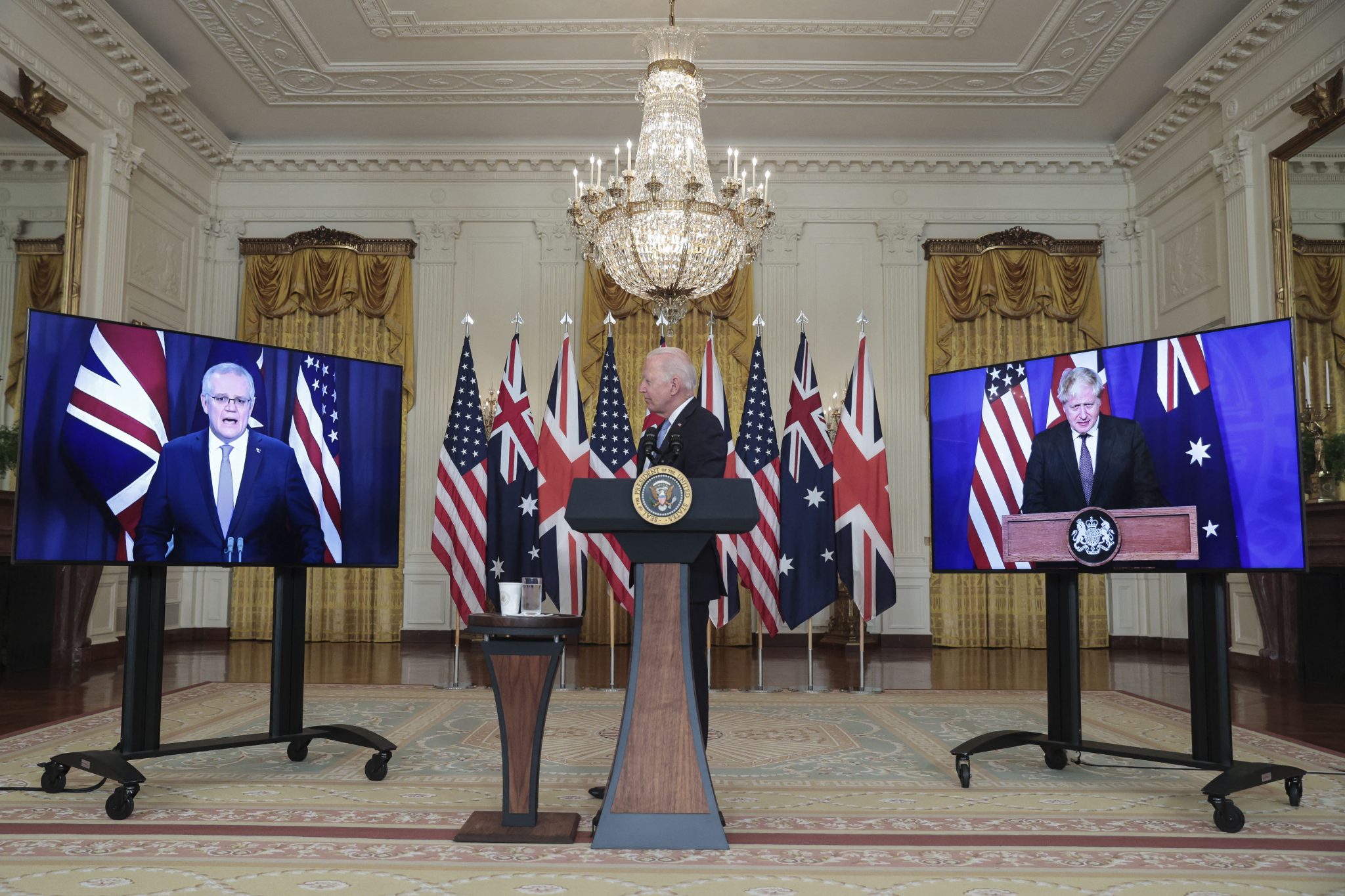 Much is still unclear about the new “trilateral enhanced security partnership” of AUKUS. The agreement for at least eight nuclear submarines to be built in Australia is described as a “first step,” but the goals of the partnership, and whether there will be a governing treaty, are not yet clear.

Nor is it the practical form that engagement in other areas announced will take. For Australian defense officials grappling with the search for an “optimal path” to launch the submarine project, 18 months will be busy as a massive list of regulatory, technological, safety and labor issues. of work presents itself.

Boris Johnson, Joe Biden and Scott Morrison each had something to prove with this deal. Johnson was looking for a way to demonstrate that Britain has a global future after Brexit while taking back the practical business prospects of the French.

Joe Biden wanted to leave behind the withdrawal from Afghanistan and show that he was fulfilling his promise to refocus American strategic energy on its competition with China and Russia. And Morrison was able to execute a Houdini-style escape from his government’s troubled French attack-class submarine project that seemed likely to cause him nothing but political pain.

It was the British industrial dimension that determined that the partnership, for reasons which are not clear, would become a trio. Dependent on the United States for the elements of the nuclear propulsion system, Britain could not transfer the technology without Washington’s approval.

Nuclear submarines provide Australia with strategic and operational advantages. They go farther and faster and stay at sea longer than their conventional counterparts.

But they have a big blow against them. We cannot make them work alone. The capacity they provide is only available to us if we cede a degree – quite a high degree in this case – of Australian sovereignty.

Our ability to harness the country’s most expensive and powerful defense asset will always be vetoed by the United States, and the program will inevitably lead to deeper operational integration with the United States. In response to a question in Washington after the Australia-US Ministerial Consultations (AUSMIN), Peter Dutton spoke positively about the “base and… storage of different ammunition”.

No one is claiming that this deal is not directed against China. For several years now, Australian policymakers have been at the forefront of international resistance to China’s growing ambitions. The submarine deal will strengthen Beijing’s belief that Australia is part of a coordinated, integrated US response to – say the word – “contain” China.

The conclusion China draws will be like Australia’s: we cannot become dependent on this hostile state and must diversify our economic interests.

Thus, at a time of the increase in Australian debt generated by the response to COVID-19, and with the new submarine program certain to sharply increase the demand for defense spending (including in compensation to the French ), the economic implications are real. The OECD Economic Survey last week noted Australia’s vulnerability to a future shock in the Chinese economy or to restrictions on imports of additional commodities, such as iron ore.

The new deal not only supports Australia in further military integration with the United States, but in more direct foreign policy alignment. During the Cold War and the War on Terror, Australia was on the fringes of Washington’s main geopolitical concerns in Europe and the Middle East. We could, and we did, continue to manage our relations around this region independently and guided by different imperatives.

Of course, this will not be impossible now, but it will be more difficult to disentangle our strategic commitments and our deep identification with the United States and Great Britain of our foreign policy interests. U.S. expectations of Australian support in almost all eventualities, whether they involve China or not, will increase.

How should Australia react to the rise of China? The deterrence against military aggression certainly. But for the other dimensions of the art of government at our disposal – persuasion, shaping, multilateral advocacy, coalition building – AUKUS is not of much help. France’s humiliated reaction to its dumping does not bode well for our recent efforts to engage more actively with Europe in the Indo-Pacific.

The deal is therefore a big Australian bet on the future of the United States, and at a more uncertain time in American politics than at almost any time in the history of the alliance.

It is true that worry that China is “eating our lunch,” in Biden’s words, is probably the only reliable bipartisan element in US politics these days, and sentimental attachment to Australia is also showing up somewhere. up there.

But while it’s hard to see it in the Australian foreign policy debate these days, China isn’t the only problem in the world. It is quite possible that in three years Donald Trump, or someone like him, will be back in the White House with policies that would be deeply uncomfortable for an Australian government.

AUKUS will be a sign to our neighbors that the Anglosphere is back. May Australia be in its comfortable place, locked in and with family. This is a “partnership forever,” says Scott Morrison, assuming a perpetual alignment of interests between our three countries and forgetting bits of Australian diplomatic history. Even America’s “Eternal Wars” lasted only 20 years.

Allan Gyngell is the author of Fear of abandonment: Australia in the world since 1942 and Honorary Professor at the College of Asia and the Pacific. This article originally appeared in the Australian Financial Review.