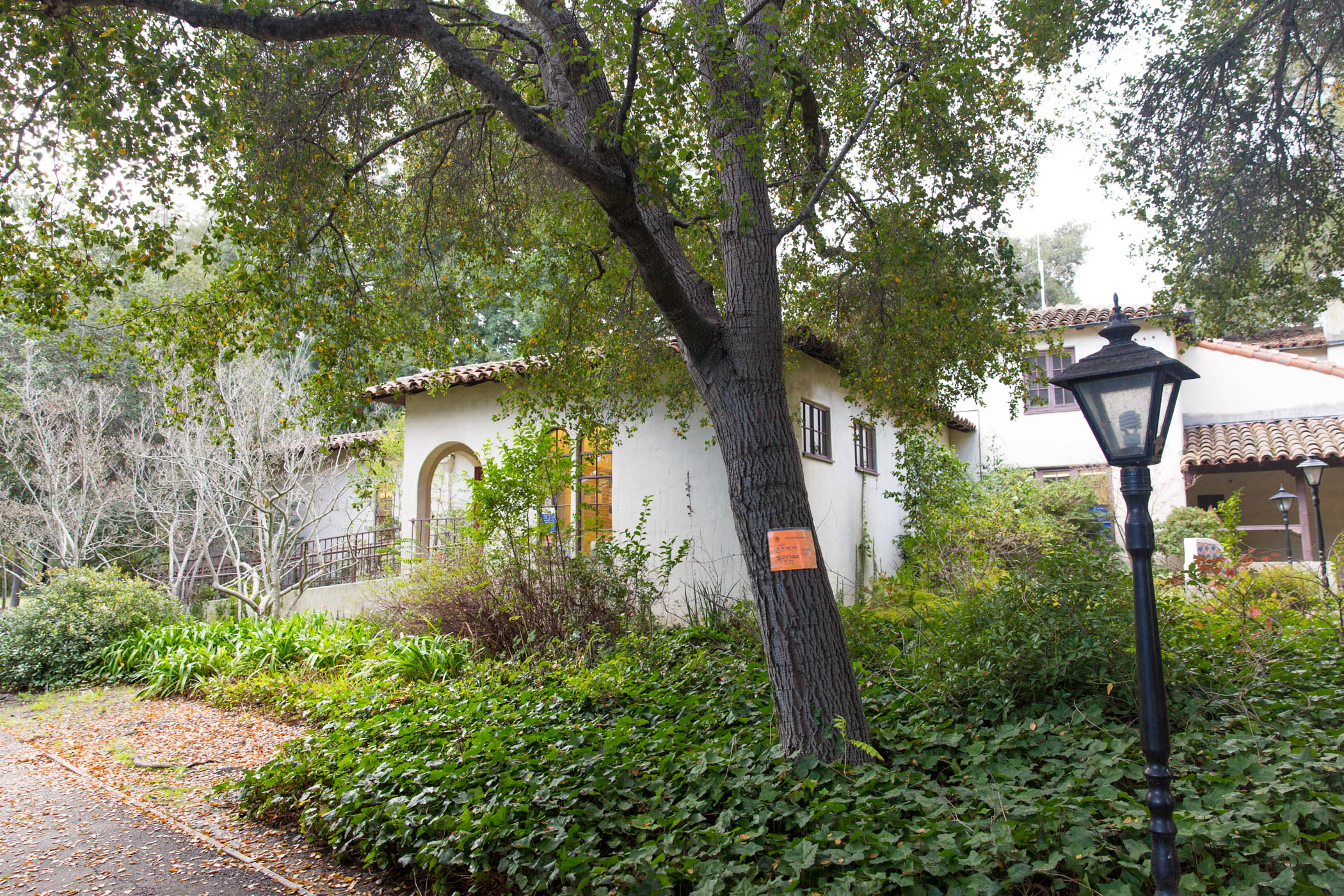 Community members wake up early on November 20 at All Five, a preschool in the Belle Haven neighborhood of Menlo Park.

And they work hard. The pupils dig holes with shovels higher than themselves. Parents remove dirt from tree roots. Marty Deggeller, who has been planting in the area for 25 years, stabilizes the sapling with a metal pipe so that it grows straight. By the end of the event, they will have planted 17 trees on the school grounds with Canopy, a non-profit tree planting organization.

Belle Haven residents, Maria Cruz and her son Jeff Caceres, dig holes together near the playhouse. For Cruz, the event is a special time for his family and the community at large.

“I want my son to come back in 10, 15 years and see how it’s going”, says Cruz. “Trees are very important to us. Everyone should have them.”

But in reality, not all communities do. There is a severe shortage of canopy cover in low income neighborhoods. As average temperatures rise in the Bay Area, that means more days of extreme heat for vulnerable communities.

Palo Alto, a city with a median annual income of $ 158,000, has canopy cover of up to 25% in some neighborhoods, according to the Healthy Places Index. Trees occupy a quarter of the city’s territory.

East Palo Alto, where three in four residents are black or Latino, has a median income of $ 67,000. HPI shows a neighborhood with 12% canopy cover. The others have 6%.

Technically, the two regions are separate cities that fall under different counties. However, disparities in tree cover are also worsening within city limits. Most of Menlo Park has tree canopy cover between 15% and 31%, according to the Healthy Places Index. The predominantly low-income neighborhood of Belle Haven has 7% coverage.

“You’re walking through a poor neighborhood and it’s just concrete. There is no shade structure. No respite from the sun,” says Emi Wang, associate director of capacity building at the Greenlining Institute, a Oakland-based organization that advocates for racial and environmental justice. .

And this is a problem that has lasted for decades. Canopy board member Uriel Hernandez has lived his entire life in East Palo Alto. He noticed the disparity when he was a child, he says.

“I grew up a block from the freeway, so when I was a kid I had asthma,” Hernandez. “I have never been around trees or nature.”

Tree canopy coverage offers more than just aesthetics. Scientists have shown that as there is more shade from the trees, temperatures cool below the canopy line.

More canopy could be a savior during scorching summers. Average temperatures in the Bay Area rose nearly two degrees between 1950 and 2005, according to a study by the state’s Energy Commission. By 2050, the average temperature is expected to rise a further degree.

Shade from trees reduces temperatures inside parked cars by 45 degrees, according to a study in the Journal of Arboriculture.

There are side benefits, too: More trees can help reduce crime, air pollution and asthma rates in a community, says Chris Curry, senior management analyst for County of County. Santa Clara.

Perhaps the most critical tree benefit for California, currently in a state of severe drought emergency, is the water benefits. Trees slow down rainwater because the roots help absorb runoff, says Curry. This can then go into the groundwater supply and reduce the burden on stormwater management systems.

Almost 80% of the trees are on private property, says Nareesh Duggal, program manager for Santa Clara County. This means that it is up to the residents to plant and maintain the trees themselves.

For the resource-rich Palo Alto, it’s easy. However, most of the people in East Palo Alto are renters. They have to rely on the homeowners to plant enough trees to build the canopy and the tenants themselves may not have enough disposable income to maintain the tree on their own. Water bills alone can be a huge burden.

Local municipalities could choose to plant trees on city property, such as medians. However, governments, especially those serving low-income communities, rarely have sufficient funding for green spaces. It’s often the first program to be cut in the face of budget shortages, says Duggal.

“When the economy is down, funding for these nature-based solutions, especially for urban forestry, is cut,” Duggal said. “There are other priorities at this time for these public agencies.”

Funding is also often allocated to tree planting; in reality, maintenance, while less exciting, is more important to the health and longevity of trees. Managing the existing canopy is attracting less attention and funding, says Duggal.

“These trees can live up to 300 years,” says Duggal. “Saving an asset like this is more important than just crashing. “

Historically, the trees in East Palo Alto have not been well maintained, Briones says.

“There is mistrust between the community and the government. These big trees that are here have not been maintained and they are falling,” said Briones. “They break concrete. Why would they want more?

The purpose of the Canopy event on November 20 was to educate community members on the benefits of trees and engage local youth. Young urban foresters, paid high school interns, help lead the tree planting.

Briones led Canopy’s Branching Out program for almost two years. In East Palo Alto, Briones and Canopy would find the optimal location for the tree in the locals’ lots, plant it themselves, and offer three years of maintenance at no cost.

In the past, Canopy even sent checks to residents of East Palo Alto to pay a portion of their water bills, Briones says. However, the funding eventually ran out.

Duggal calls for a partnership between city and county governments to provide a more resilient funding mechanism. Duggal proposes a plot tax to fund this collaborative organization: properties would be taxed based on characteristics such as the viability of tree planting.

The project manager Romain Taniere is looking for awareness and community involvement to build the canopy. A resident of East Palo Alto for 20 years, he throws neighborhood parties and uses eco-friendly businesses to open the eyes of his neighbors, he says.

Regardless of the solution mechanism, Duggal and Briones agree: these policies must be written with race and income in mind.

This story was originally published by Peninsula Press, a project of the Stanford Journalism Program.