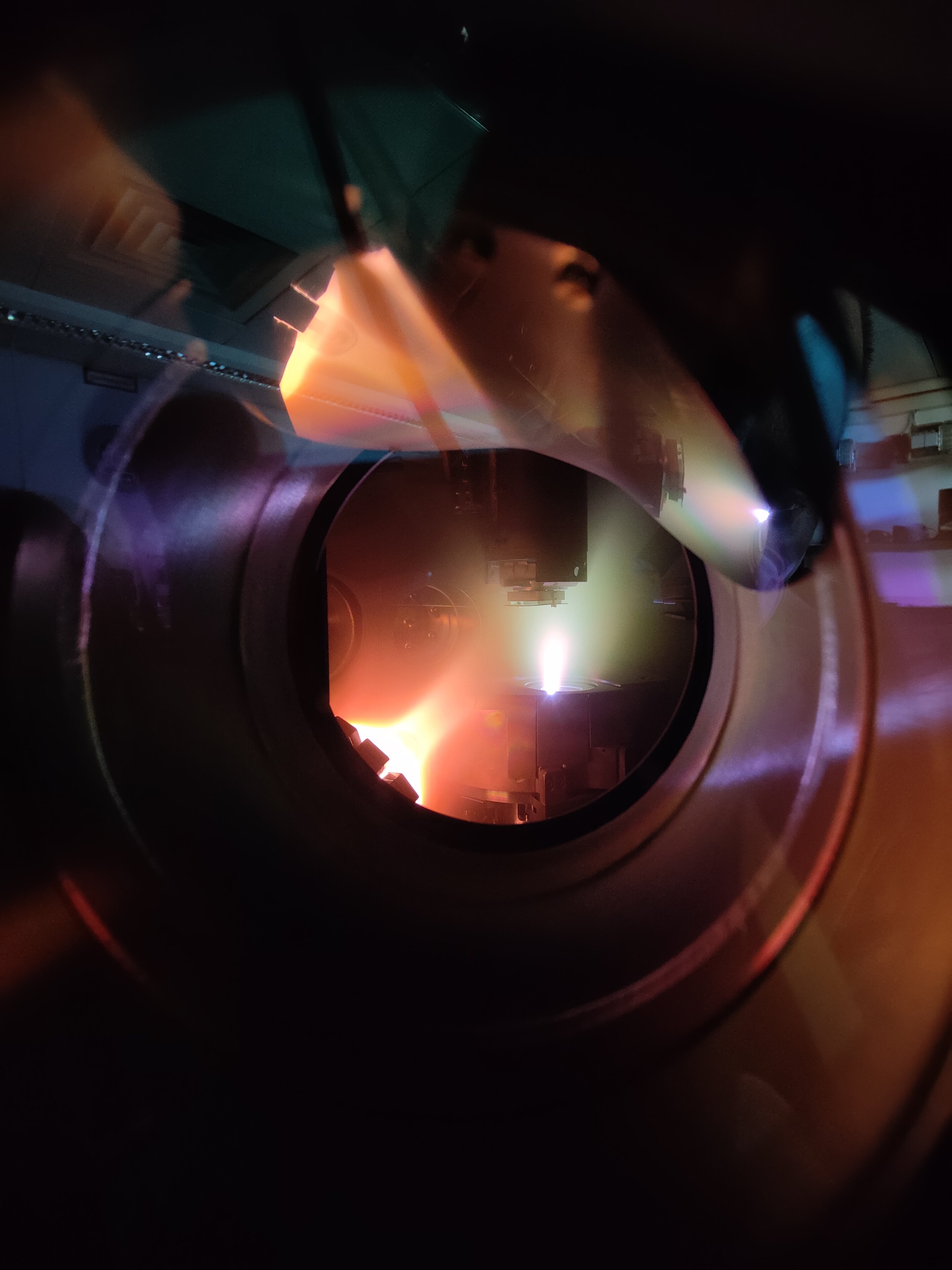 Producing low cost metal oxide thin films with high electronic quality for solar water separation is not an easy task. Especially since the quality improvements of the upper metal oxide thin films require heat treatment at high temperatures, which would melt the underlying glass substrate. Now, a team from the HZB-Institute for Solar Fuels has solved this dilemma: A rapid, high-intensity light pulse directly heats the thin film of metal oxide semiconductor, achieving the optimal heating conditions without damaging the substrate.

Solar energy can directly drive electrochemical reactions on the surface of the photoelectrodes. Photoelectrodes consist of thin semiconductor layers on transparent conductive glass substrates that convert light into electricity. Most photoelectrochemical studies have focused on water splitting, a bottom-up thermodynamic reaction that could offer an attractive route for the capture and long-term storage of solar energy by producing “green” hydrogen.

At the HZB Institute for Solar Fuels, several teams are focusing on the development of such photoelectrodes. The usual method of producing them is pulsed laser deposition: an intense laser pulse strikes a target containing the material and ablates it into a highly energetic plasma deposited on a substrate.

Other steps are necessary to improve the quality of the deposited thin film. In particular, the heat treatment of the metal oxide thin film reduces defects and imperfections. However, this creates a dilemma: reducing the concentration of atomic defects and improving the crystal order of metal oxide thin films would require heat treatment temperatures between 850 and 1000 degrees Celsius, but the substrate of glass already melts at 550 degrees Celsius.

Dr. Ronen Gottesman of the HZB Institute for Solar Fuels has now solved this problem: after deposition, using high-power lamps, he heats the thin film of metal oxide. This heats it up to 850 degrees Celsius without melting the underlying glass substrate.

“Heat effectively reduces structural defects, trap states, grain boundaries, and phase impurities, which would become more difficult to mitigate with increasing numbers of elements in metal oxides. innovations are essential. We have now demonstrated this on Ta photoelectrodes2O5TiO2and WO3that we heated to 850°C without damaging the substrates,” says Gottesman.

“It’s also interesting for the production of quantum dots or halogenated perovskites, which are also temperature-sensitive,” says Gottesman.

The research has been published in ACS Energy Letters.

Provided by the Helmholtz Association of German Research Centers

This document is subject to copyright. Except for fair use for purposes of private study or research, no part may be reproduced without written permission. The content is provided for information only.