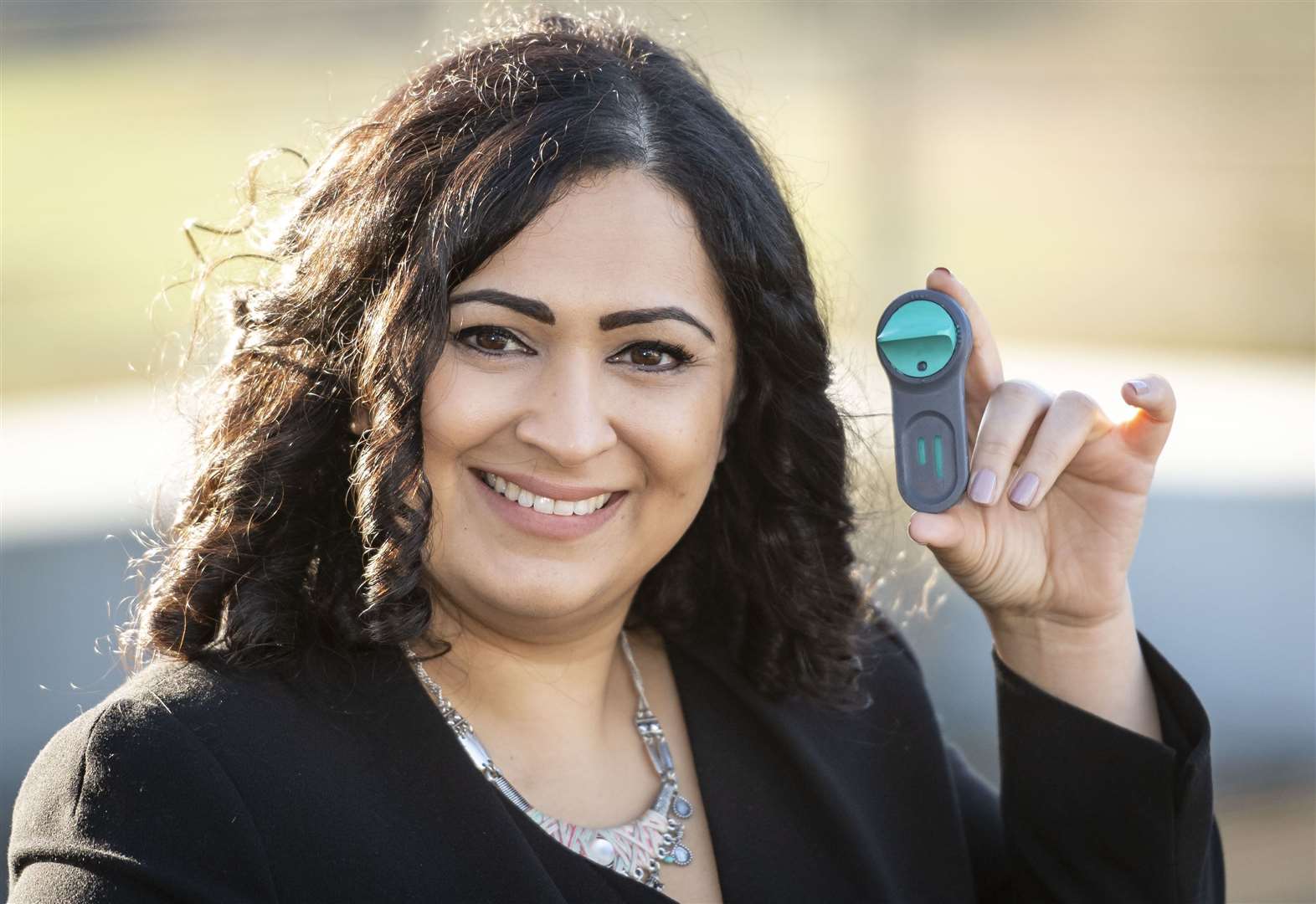 It is designed to help patients undergoing chemotherapy who are at risk of neutropenic sepsis (NS), a whole-body reaction to infection that kills three people every day in England and Wales.

Due to the risk of death associated with NS, any patient undergoing chemotherapy who is not feeling well should go directly to A&E, and receive strong precautionary antibiotics and a thorough blood test. But half of them later turn out not to be at risk.

Currently, patients can only use a thermometer to determine their risk, but temperature alone is known to be a very poor discriminator of sepsis.

The platform developed by 52 North Health makes it possible to detect soluble and insoluble – or cellular – biomarkers from a single biological sample using an inexpensive and easy-to-use device. An app is used to help inform and empower patients.

The company, based at ideaSpace West at the Hauser Forum, won initial phase one funding from SBRI Healthcare, the initiative funded by NHS England and supported by the Academic Health Science Network, in January 2021. It has now followed with a phase two price of $1.4 million.

52 North Health ranked first among all applicants in both phases of the award process, which it attributes to its diverse and multidisciplinary team.

The company was co-founded by the husband and wife team, Dr Saif Ahmad, an academic consultant oncologist at Addenbrooke Hospital linked to CRUK Cambridge Center, and Umaima Ahmad, who now leads the company as CEO after leaving a position at AstraZeneca. .

The company was created from an idea that Umaima had in 2017 during a master’s degree in biosciences at the University of Cambridge. She asked Saif to identify the problems he saw in the hospital to come up with a business plan.

The idea was pitched in the university’s postdoctoral business plan competition, winning £10,000 in November 2018, which enabled early proof-of-concept work.

They were later joined by a third co-founder, Nicole Weckman, a biosensor engineer now based at Harvard’s Wyss Institute.

Umaima told the Cambridge Independent: “I’m excited about the potential of this opportunity, especially as the platform’s technology can be applied to other unmet medical needs, including other forms of sepsis. , but also within the pharmaceutical industry for monitoring the treatment of patients on immunosuppressants. medications. This could allow pharmaceutical companies to generate drugs with improved safety profiles, which is a win-win for patients and industry.

Saif added, “We are privileged to have the support of the SBRI Healthcare program and are committed to working with our best global collaborators to achieve our ambitions to improve care for cancer patients.”

They work with Macmillan Cancer Support and the UK Sepsis Trust to ensure input from doctors, nurses, allied health professionals, patients and carers.

Tanya Humphreys, Head of Innovation Partnerships at Macmillan Cancer Support, said: “Neutropenic sepsis is a life-threatening condition and managing the risks can be very stressful for people with cancer, who already face all the challenges. that a diagnosis can provide. But good care is a lifeline, not a luxury, and giving patients the tools to better manage their care can be a key part of helping improve their quality of life.

The new funding will help finalize the development of NeutroCheck for manufacturing and clinical usability testing. The company reports interest from ‘several’ NHS trusts, with Addenbrooke to be the main clinical trial site.

Dr Ron Daniels, Founder and Co-CEO of The UK Sepsis Trust, said: “Current inefficiencies in the care of patients at risk of neutropenic sepsis contribute to both delays in life-saving intravenous antibiotics and the unnecessary use in patients who do not need it. . Improving this pathway will not only save us lives, but will also help reduce the burden of antimicrobial resistance.