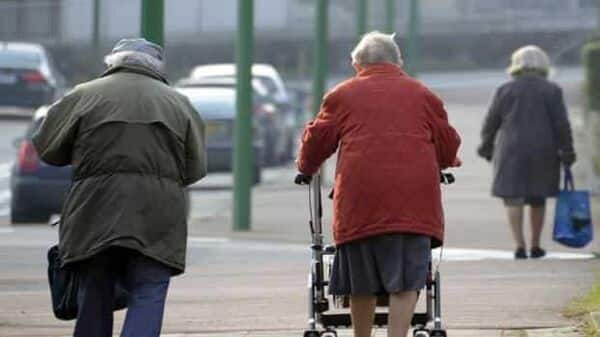 Is aging a disease or a technology? To grow old, in one way or another, is to deteriorate over time, but is it a glitch to which nature was indifferent; or is it a spectacular idea to get rid of the old so that the new can thrive, an idea that has carried over to other ideas? In the end, what does nature want: immortal life or endless change? We know what most humans want and that is not to age. Not our fault; the elderly have been poor ambassadors of old age. If aging is a disease, it must be cured. If aging is a technology of nature, it must be made obsolete; in this case, humans have to hack nature itself.

A respectable scientific opinion says that aging is a disease. This does not deny him the sacred status of being “natural”; cancer is also “natural”. All diseases are.

Like us, American billionaires, who enjoy life enormously, do not wish to grow old. But unlike many of us, they have the burden of being able to do something about it. Many of them have invested in biotech companies to find ways to cure aging. The latest to join them is one of the richest people in the world, Jeff Bezos, who has made a substantial investment in a new company called Altos Labs, which is said to have a commitment of $3 billion from its wealthy backers. of funds.

Everything bodes well. The self-interest and greed of entrepreneurs has benefited all mankind more than the complex pursuit of the public good. And, for the first time in the history of human greed, we have a situation where the motive of wealthy entrepreneurs is not profit, but something more precious: their lives. And to get the cure, these biotech companies are a rare blend of romantic pure science and uncompromising practicality. The billionaires who fund them emerge from a culture that assures them that well-funded human genius can solve anything. Indian billionaires, on the other hand, probably like to visit temples to solve the same problem.

I am on the side of the American billionaires but there are omens that I cannot ignore. Medical science has been a great disappointment over the past three decades. They became good at prolonging death, not prolonging life. If you’re not dying, if you’re healthy and fit, they offer little. Yes, there were the vaccines, the Viagra crash and excellent painkillers. And, you can say that high levels of health and fitness in some people are a consequence of the high quality scientific information that we have. Even so, from the perspective of young and healthy people, the field has made only modest progress. Forget about disruptive technologies for those who don’t die, there is confusion over basic concepts except for the sugar sickness, which is settled. Is bad cholesterol really bad? Should you have fish oil? Do vitamins help? Should we have more minerals to balance the excess purity of our water? Does a keto diet make sense? Is intermittent fasting beneficial? No one is sure. Why should we believe that a “cure” will be found for aging?

Spanish scientist Juan Carlos Izpisua, one of Altos’ star recruits, told El País newspaper: “I am convinced that within two decades we will have tools that will not only treat the symptoms, but will also be able to predict, prevent, and treat disease and aging through cellular rejuvenation.” As a longtime reader of popular science news, I know that when someone says something will happen in “20 years,” that’s not It’s not based on an analysis of the facts, but a way of saying, “We have nothing to show now, but we are hopeful.”

Until a few years ago, we talked a lot about telomeres, the structures that form the ends of certain chromosomes. Aging shortens telomeres, which influences the degeneration of a cell. Scientists and I had fervent hopes that this held the key to a cure. But the buzz around telomeres is dead.

America’s tech billionaires think their billions will attract the brightest scientific talent to find a cure. But do only the brilliants make breakthroughs?

What does the history of innovation suggest, even in computing?

It all starts out mundane. A particular stream of human endeavor seems to gain bright prospects and a whole generation of bright and dark people are flocking to it. From there, accidents happen and a breakthrough is rarely what was set as “a goal”. In fact, even problems whose solutions were clear goals set by governments, such as cheap computers and language transliteration, were accidentally solved by those working on far more frivolous projects. Questions.

It’s possible that a cure for aging will take a very different approach. It doesn’t have to be an accident, it could be a direct solution to a clear problem. But no one disputes that a cure requires a large number of scientists and engineers, all of whom will come from a very small part of the human population – the lucky ones who have gone to school and among them a small fraction who love science or who were forced to study science, and among them a small fraction who will resist the lure of the metaverse or artificial intelligence to choose biotechnology, and then the few among them who would have the capacity to bear this particular quality of such efforts: that it is above all very boring. Meanwhile, we know there might be a biotech genius rotting in a Mumbai slum without even knowing what science is.

So I wonder if the fastest way for Jeff Bezos and other billionaires to cure aging is to take the risk of solving abject child poverty first. If all the children in the world have a fair chance at life, it will surely increase our chances of finding that elusive big idea that could keep us young forever. It is, I admit, the least sexy solution to a scientific problem that I know of, which makes me even more optimistic about it.

Manu Joseph is a journalist, novelist and creator of the Netflix series “Decoupled”

* Thank you for subscribing to our newsletter.