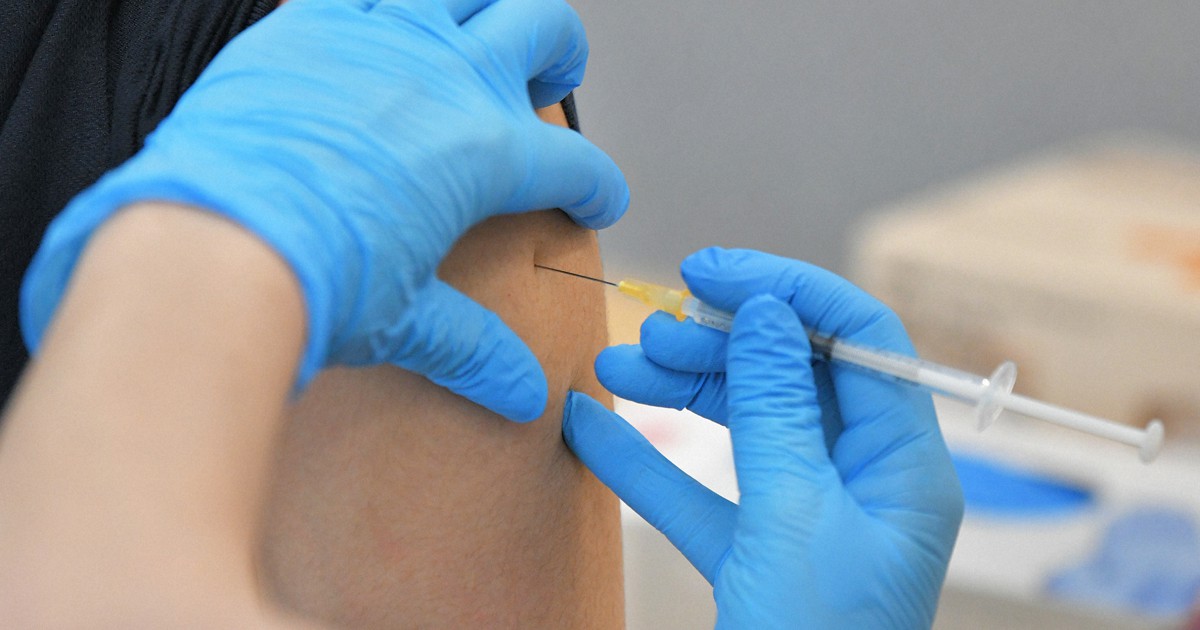 TOKYO – More than 60% of Japanese people have received two injections of the COVID-19 vaccine, and the number of new positive cases is rapidly declining. But infections are spreading again to other countries with their vaccines rolling out further than Japan. Can a sixth wave of coronavirus infections be prevented by acquiring so-called herd immunity, making it difficult for those infected to spread the disease?

“Even if we do our best to vaccinate, we will not be able to immediately reduce it to zero cases,” said Shigeru Omi, head of the government coronavirus countermeasures subcommittee, referring to the limits on vaccination against the coronaviruses. coronavirus at a House of Representatives The meeting of the Health, Labor and Welfare Committee was held on September 15 during the Diet break.

A herd immunity state is a situation in which an epidemic comes to a halt because a certain percentage of the population is immune to a pathogen such as a virus, which means that others are less likely to be infected. .

Initially, the Japanese government believed that herd immunity could be achieved if 60-70% of the total population could be immunized against the coronavirus through vaccination. This percentage is usually derived from the “basic reproduction number”, the average number of people to whom an infected person transmits the pathogen.

The base reproduction number of the coronavirus would be two to three for the conventional strain. But now the delta strain, which is said to be twice as infectious, has spread across the world. According to calculations by the United States Centers for Disease Control and Prevention which were included in an internal document reported by the Washington Post, the baseline reproduction number of the delta strain is around 5 to 9.5 people on average. .

Atsuo Hamada, special professor at Tokyo University of Medicine and expert in infectious diseases, said: “If these numbers are correct, we cannot achieve herd immunity unless we have at least 80 to 90% of the population immunized by vaccination. The barrier has been significantly increased compared to conventional strains. ”

The government’s pessimistic view of acquiring collective immunity stems from the fact that highly vaccinated countries experience severe infection situations. Singapore’s two-dose vaccination rate is around 80%, but the number of new COVID-19 cases rose further in September after in early August some strict behavioral restrictions were relaxed, including the lifting of the ban on eating in restaurants.

According to Our World in Data, a statistics site run by researchers at the British University of Oxford and others, on October 2, the average number of new infections in Singapore for the previous week was 2,261, the most high registered and equivalent to over 60,000 in terms of Japanese population. .

However, the number of new cases is dropping in some countries. In India, the rate of completed two-dose vaccination is only 17%, and at its peak the spread of the delta strain caused around 400,000 new infections per day and sometimes over 7,000 deaths per day. But the number of new cases has now fallen to 20,000 to 30,000 per day, less than or equal to a tenth of the peak.

Hamada said: “There is an opinion that the country has acquired herd immunity, but although infections in India are on the decline, the number of new cases is still large and the vaccination rate is low. Just because the cases decreased from the peak, this cannot be said that collective immunity was acquired. ”

In Japan, daily new cases nationwide peaked at more than 25,000 and began to decline in late August. They remained below 1,000 for several days in October. Experts from the government subcommittee cited a combination of factors behind the decrease, including not only the progress of vaccinations, but also the fact that there were more critically ill patients during the fifth wave, which has led people to avoid high risk activities.

The committee’s September 3 proposal included a statement on collective immunity based on factors such as the situation abroad. It reads: “Even if everyone who wishes to be vaccinated completes the process, it will be difficult to acquire it in the sense that society as a whole is protected.”