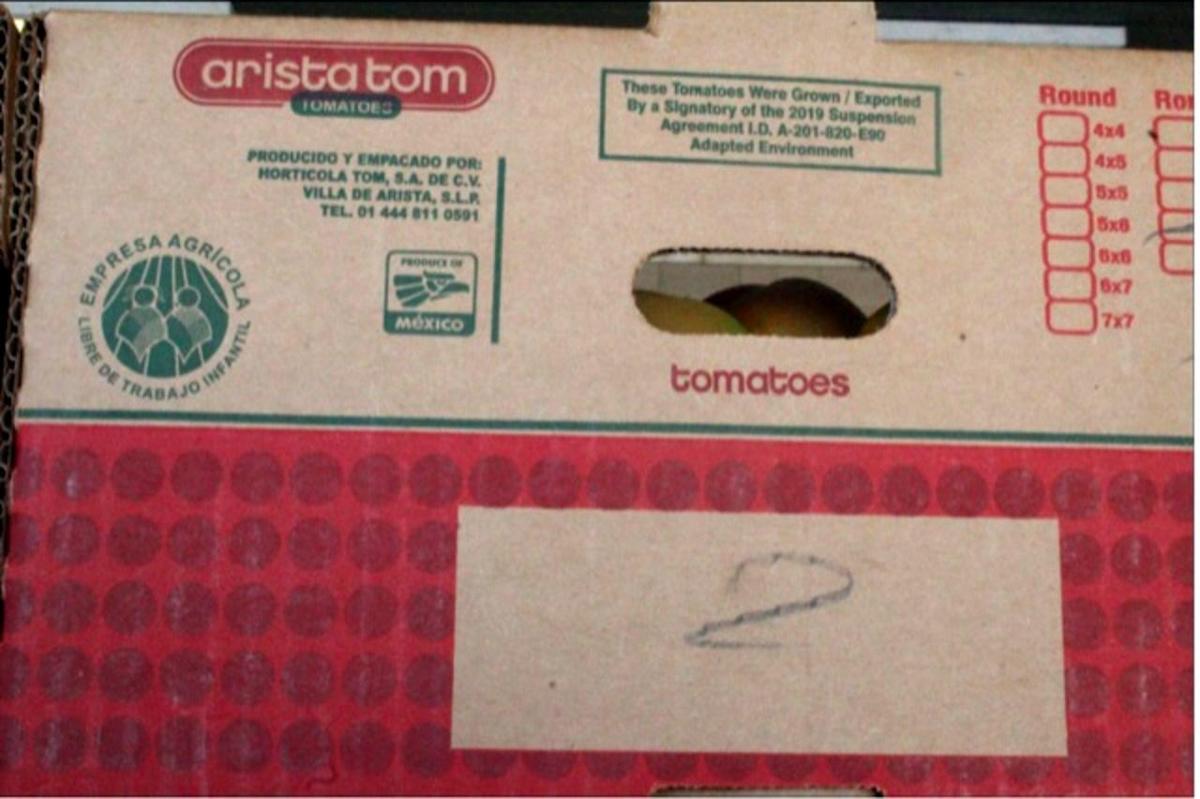 Los Angeles, Nov. 3 (EFE) .- Customs and Border Protection (CBP) personnel at the Pharr International Bridge in Texas arrested a shipment of tomatoes from a company suspected of using forced labor in their fields .

“Our agricultural specialists paid great attention to detail when examining a shipment of tomatoes and noticed that something was wrong,” said Carlos Rodríguez, director of the port of entry.

“Their discovery of an apparent attempt to circumvent the unloading arrest warrant underscores CBP’s commitment to ensuring that goods, including agricultural products, produced by forced labor do not enter U.S. commerce and that the companies involved in such practices do not benefit from them. of this work, ”he added.

The agency said in a statement that the interception took place on October 24 when an agricultural specialist examining a shipment of fresh tomatoes discovered that import information provided indicated that the shipment was from a company not affected by the arrest warrant for unloading. .

A more detailed examination of the documentation and the shipment revealed that the tomatoes came from Hortícola Tom, one of the companies named in a recent order to stop shipments of the vegetable from Mexican farms suspected of using forced labor.

Therefore, CBP stopped the shipment and sent it back to Mexico.

On October 21, CBP ordered deliveries of fresh Mexican tomatoes from Agropecuarios Tom and Hortícola Tom and their subsidiaries to all entry points in the country to stop on suspicion of forced labor.

The agency then noted that it had identified at least five of the International Labor Organization (ILO) indicators of forced labor during its investigation, including abuse of vulnerability, deception, withholding of wages, debt bondage and living conditions. and abusive work.

Source of the article

Disclaimer: This article is generated from the feed and is not edited by our team.