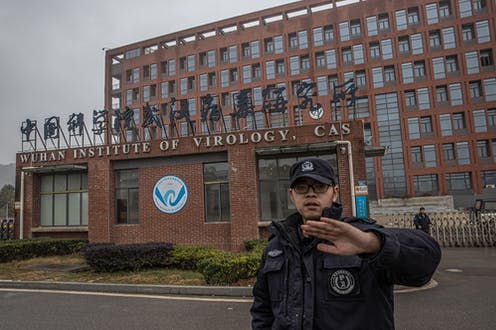 The theory that the COVID-19 pandemic was triggered by the Sars-CoV-2 virus leak from the Wuhan Institute of Virology in China was recently given new life following an explosive article in the Wall Street Journal (WSJ) in which the authors asserted “the most compelling reason for promoting the laboratory leak hypothesis is firmly based on science”. But does science really support the claim that the virus was engineered in the lab?

Understanding the origin of a viral outbreak can provide scientists with important information about the viral lineages and enable measures to be put in place to prevent similar outbreaks in the future. As such, the origin of Sars-CoV-2 has been debated since the start of the pandemic and remains an active topic of discussion among scientists.

It has long been known that viruses similar to the original Sars-CoV that cause Sars are found in bats. These viruses are well studied in China, the source country of the Sars epidemic in 2002. But related viruses have been found around the world.

Not surprisingly, coronaviruses are again implicated in a pandemic, the third such event in the 21st century – first Sars, then Mers, now COVID-19. While a natural origin seems likely – and many have long warned of the danger of viruses circulating in wildlife – scientists shouldn’t jump to conclusions.

An important way for scientists to determine the origin of a virus is to examine its genome. In the WSJ article, the authors, Professor Richard Muller, astrophysicist, and Dr Steven Quay, physician and CEO of Atossa Therapeutics, claim that Sars-CoV-2 has “genetic fingerprints” of a virus laboratory origin. They say the presence of a particular genetic sequence (CGG-CGG) is a sign that the virus originated in a lab.

To understand the claims made, we must first understand the genetic code. When a virus infects a cell, it hijacks the cellular machinery, providing instructions (genome) to make more copies of itself. This genome is made up of a long series of molecules called nucleotides, each of which is represented by the letters A, C, G or U.

A group of three nucleotides (known as a codon) instructs a cell to make an amino acid, the most basic molecular building block of living things. Most amino acids are encoded by several different codons. CGG is one of six possible codons that instruct the cell to add the amino acid arginine.

The authors of the WSJ article argue that Sars-CoV-2 originated from a laboratory based on the presence of a “CGG-CGG” sequence. They claim that this is a “readily available and convenient” codon pair that scientists prefer to use to produce the amino acid arginine. But for anyone with an understanding of the techniques required for genetic modification, this double CGG is generally not more difficult or easy to produce than any other pair of codons that encode arginines.

The authors claim that the CGG codon appears less frequently than the other five possible codons in beta-coronaviruses (the coronavirus family to which Sars-CoV-2 belongs). If we look at related coronaviruses, the CGG codon encodes approximately 5% of all arginines in Sars-CoV versus about 3% of all arginines in Sars-CoV-2. Although CGG is less common than other codons, the authors’ argument fails to explain why the double-CGG sequence could not exist naturally.

The authors argue that recombination (when viruses that infect the same host share genetic material) was the most likely way Sars-CoV-2 was able to obtain the double-CGG sequence. They note that the double-CGG codon pair is not found in other members of this coronavirus “class”, so natural recombination could not generate a double-CGG. However, viruses don’t just depend on preassembled segments of genetic material to evolve and expand their host range.

The authors also claim that the mutation (random copy errors) is unlikely to generate the double-CGG sequence. But viruses evolve at a rapid rate, so much so that the accumulation of mutations is a common drawback in virological studies. Recombination is one way viruses evolve, but the authors’ dismissal of the mutation as a source of viral change is an inaccurate depiction of reality.

The latest claim that the first sequenced Sars-CoV-2 virus was ideally suited to the human host overlooks evidence of viral circulation in local animal populations, animal-to-animal transmission, and the rapid evolution that results in the increasing transmissibility of the new virus. variants. If the virus was ideally suited to humans, why is so much further evolution evident?

Disappointingly, many other media articles appear to have accepted and repeated the claims of the WSJ article. The origin of Sars-CoV-2 may remain unresolved, but there is no evidence presented in the WSJ article that scientifically supports the concept of a laboratory leak of a genetically engineered virus.

This article is republished from The Conversation under a Creative Commons license. Read the original article.