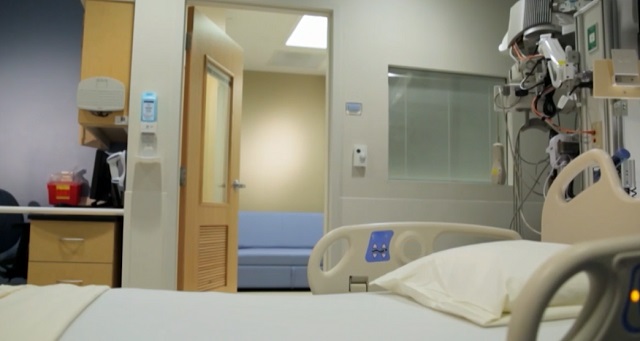 INDIANAPOLIS – A grandson mourning the death of his grandfather wants Indiana lawmakers to reconsider two laws passed earlier this year that made it more difficult to file civil lawsuits involving COVID-19.

Daniel Enlow’s search for answers has only intensified since the death of his grandfather, Edward Rigney, in February. An 83-year-old COPD patient diagnosed with COVID-19, Rigney went to Eskenazi Hospital just after Christmas.

At the time, Enlow said he was unable to visit due to pandemic restrictions, so he was not present when Rigney suffered a stroke in early January that left him unconscious until ‘when he died.

“I’m so motivated to try to get his story known and just try to get something, some kind of justice for him,” Enlow said.

Medical records, as well as Rigney’s death certificate, note an “iatrogenic air embolism,” or air bubbles released in his veins during a medical procedure. A doctor noted: “It appears that air was introduced … at the time (a) of the line set-up or shortly thereafter,” which, according to Enlow, should not have happened. .

“I started asking for medical records because I wanted to know what was going on in black and white in front of me,” Enlow said.

In emails, one law firm noted the case “would be difficult to win,” while another pointed to “new COVID immunity laws” in its denial.

“They pretty much just put up a wall,” Enlow said.

Fred Schultz, outgoing president of the Indiana Trial Lawyers Association, told CBS4 he was not surprised by Enlow’s difficulty in finding a lawyer. Schultz lobbied against two bills at the Statehouse this year, SB1 and HB1002, which granted civil immunity in COVID-19 cases. The bills have raised the bar for filing a medical malpractice claim when COVID-19 is involved, to only allow those that involve “gross negligence or willful or gratuitous misconduct.”

“In the vast majority of cases it is impossible to prove it,” said Schultz. “My office has probably had a dozen cases that we have had to turn down so far.”

CBS4 took this matter to one of the bill’s sponsors, State Senator Aaron Freeman (R-Indianapolis), himself a lawyer.

“It was never designed to be complete freedom from everything,” Freeman said.

Freeman noted that the bills were designed to take into account the unprecedented and unknown factors of the pandemic, although he remained open to exploring any potential unintended consequences.

“If something is used in a way that obstructs some claims then maybe we need to go back and look at it and open it up a bit and make it less restrictive, I’m definitely open to having those conversations, ”Freeman said.

Enlow hoped that talking about his grandfather’s case would open that door to more conversation, as he went through thousands of pages of medical records, with the goal of at least having a chance to seek answers in the midst of his life. grief.

“Maybe one day I’ll find out exactly what happened, but until that day I won’t stop,” Enlow said.

“The liability protection adopted by the Indiana General Assembly this session has been supported by a wide range of businesses, universities, manufacturers, healthcare providers and others in the Indiana. Like many essential Hoosier workers, healthcare providers have worked tirelessly throughout the pandemic to comply with ever-changing guidelines and protocols from regulatory bodies. Many of these unique challenges were never anticipated under current Indiana liability law. The new law does not prevent Hoosiers or their families from filing a complaint, nor does it grant companies and other entities immunity for gross negligence, which is a well-established standard in case law.