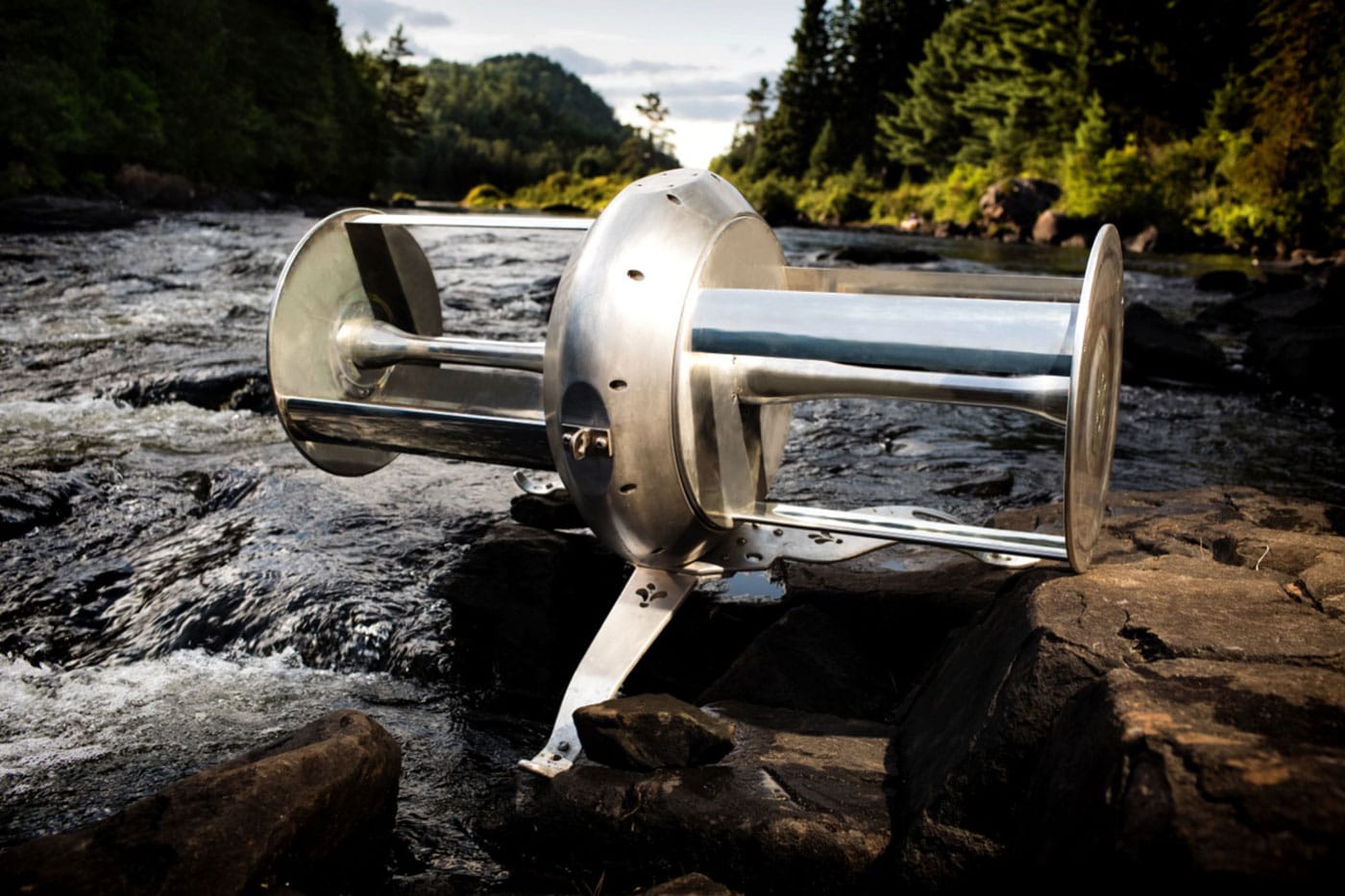 As many countries commit to moving away from coal and ending fossil fuels, there is a need to develop technologies that enable the use of renewable energy sources. Even though solar panels and wind turbines are used in most cases, both of these systems have their limitations when it comes to generating electricity. For example, the power of wind turbines is highly dependent on wind speed, and solar panels can only generate electricity during the day. If a tidal turbine installed in a watercourse can produce electricity continuously, whatever the time of day, it has a strong impact on aquatic fauna and its habitat.

Considering numerous studies on the interactions of wind turbines with ecosystems, the Montreal company IdÃ©nergie has designed a tidal turbine to minimize the impact on aquatic fauna and its habitat. They opted for a Darrieus-type rotor which poses no danger to the marine ecosystem. The river turbine converts the kinetic energy of the river current into electricity.

The current of the river allows the rotational movement of the turbines, which activates the generator. The resulting energy is then converted into electricity using the integrated smart converter. This converted energy is then transmitted to the batteries by an electric cable. The batteries are recharged 24 hours a day, and from there, an inverter transforms the direct current (24-48 V DC) into alternating current (120 V AC) to power the electrical appliances.

IdÃ©nergie’s river turbine can meet the electrical needs of a residence by generating, at maximum capacity, up to 12 kWh per day, depending on the speed of the water available. Even at minimum capacity, the device produces enough power to keep common appliances in a household going, such as a refrigerator, TV, computer, and lighting.

The company claims that a single river turbine at maximum capacity is capable of producing as much energy as 12 solar panels. In addition, the Canadian generator represents an annual saving of 50% compared to the maintenance costs of a gasoline generator.

Moreover, the device is made of mostly noble metals such as aluminum and other environmentally friendly components, which makes the turbine the greenest among all renewable energy products available. These materials do not react with the environment and are easily recyclable, ensuring lasting value at end of life.

IdÃ©nergie has developed a new underwater electric generator technology, very efficient at low speed and completely waterproof, thanks to an innovation that eliminates the motor shaft between the turbine and the generator. Its watertightness limits the necessary maintenance and will ensure a long life of the product in any type of water. In addition, an integrated variable speed drive located inside the generator housing allows for the optimum conversion of electricity, control of optimum rotational speed, automatic turbine start-up, continuous power optimization, remote monitoring capabilities, emergency braking, etc.

Installation of the hydrokinetic turbine requires only three people with little or no experience at all. No need for cranes, river bed modifications or expensive civil works. The equipment can be shipped all over the world, disassembled in a box and assembled on the river bank simply using Allen keys.