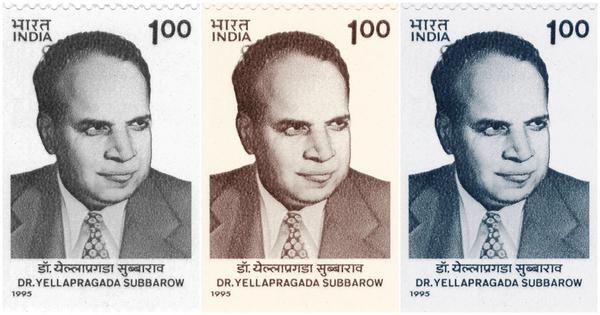 In May 1948, Gobind Behari Lal, a science writer and the first Indian to win a Pulitzer, wrote in his column about a patient at Harlem Hospital in New York. The patient, who had cancer of the esophagus, had been treated with a new drug, Teropterin, which had greatly relieved his pain.

The drug, synthesized by pioneering biochemist Yellapragada Subbarow and colleagues, was a “chemical parent of synthetic folic acid,” a vitamin used in the treatment of certain forms of anemia. Lal’s conclusion was that Teropterin temporarily stopped the cancer, and “Subbarow would use this new knowledge to develop new large-scale cancer treatments.”

Two years later, in February, another article by Lal and Paul Murphy recounted the case of an eight-year-old boy with leukemia. In early December 1947, the child had received the drug Aminopterin, after which the cancer cells showed obvious signs of remission. Seven months later, he developed a bacterial infection which was successfully treated with the new antibiotic Aureomycin.

Like teropterin, aminopterin and aureomycin have also been developed by Subbarow and his team at Lederle Laboratories, a pharmaceutical company owned by the American Cyanamid Corporation. In the 1940s, their work was pioneering, promising a new and exciting stage in the quest for the medicinal conquest of cancer. By the time the Lal and Murphy’s article appeared, however, Subbarow had been dead for two years. At just 52 when he suffered cardiac arrest on August 9, 1948, Subbarow was then working on a polio drug, commonly known as Darvisul.

Yellapragada Subbarow was born on July 1, 1896 in Bhimavaram, in the district of West Godavari in present-day Andhra Pradesh. Her childhood was filled with worry and adversity, as shown in the biography of Sikharam Prasanna Kumara Gupta in 1987, In search of a panacea, the related work of Raji Narasimhan, and a site dedicated to highlighting the life and work of Subbarow.

Subbarow was the fourth of seven children. Her father, Jagannadam, who worked in the tax department, had to take early retirement due to health problems. It was left to his mother, Venkamma, whose early presence in her life was by turns overwhelming and dominant, to run the household. It didn’t help that young Subbarow showed little interest in studying. He once ran away from home with a cousin, intending to travel to Benares to sell bananas to pilgrims, but a boatman alerted his mother. When he failed twice to enroll, his mother sold his jewelry to send it to Madras (now Chennai), where he enrolled at the Hindu High School in Triplicane. He was drawn at this time to the Ramakrishna mission, with its principles of asceticism and unconditional service to humanity.

In 1915 he began to attend Madras Medical College. Money was an issue, however. Sometimes when he couldn’t afford the fees, support was provided by his roommate and later by Suryaprakasa Rao (whose granddaughter, Seshagiri, Subbarow was married in 1919). An American doctor working in India, John Fox Kendricks, encouraged Subbarow to travel to the United States for research. But there were personal setbacks. A sudden illness later diagnosed as a “tropical cluster” killed two of his brothers and nearly weakened him. For a while he taught at Madras Ayurvedic College and compiled a compendium on Ayurvedic treatments. But he realized that for more serious research he needed to go to the United States.

With great difficulty, Subbarow secured money – a loan from her in-laws and help from a charity – that roughly covered her travel expenses. Once at Harvard, studying for a degree in tropical medicine, he had to work several hours a day as a porter, clearing basins and urinals, at Brigham Hospital in Boston. A year later, in 1924, he graduated and enrolled in the chemistry department at Harvard Medical School.

It was the start of a historic career in medicine and health. Along with his supervisor, Cyrus Fiske, Subbarow – called Yella by friends – worked to measure phosphorus in tissues and bodily fluids, a method soon named the Fiske-Subbarow method. As the story goes, at the time of the research’s publication, Subbarow insisted that his name follow Fiske’s in the proper alphabetical order. It was a token of gratitude and a measure to ensure that Fiske got the tenure he wanted.

Soon after came the discovery of phosphocreatine in 1927 and the identification of adenosine triphosphate in 1929, the main source of energy for the cell. Subbarow received his doctorate the same year.

In the meantime, there were personal sorrows and upheavals. A son born to Seshagiri and he did not survive beyond his first year. And while he had promised his wife that he would find her in Madras, he never did. Subbarow, a junior faculty member at Harvard, began working weekends at Lederle Laboratories. It was a grueling schedule, as a friend, Pastor Gordon Torgersen, wrote later. In 1942, he moved permanently to Lederle, located in Pearl River, New York, to head his research department.

At that time, the pharmaceutical company Eli Lilly was selling a concentrated form of vitamin B12 as a treatment for pernicious anemia. Subbarow therefore focused on anemia caused by folate deficiency.

In 1945 he started the synthesis of folic acid from scratch. This gave surprising results. Folic acid variants, including anti-folate, which closely mimicked natural molecules, could bind to the cell and block any toxic action. Sidney Farber, pathologist and professor at Harvard, had studied causal developments, in particular that between folic acid and certain cancers. Teropterin, which Lal mentioned, was the first anti-folate or folic acid antagonist that appeared to improve.

Subbarow and his team took the research a step further and developed aminopterin. Farber has tried this on his young patients at Boston Children’s Medical Center and it has yielded impressive results. Soon a more developed version, Amethopterin (Methotrexate), was created. Its dosage could be adjusted, helping to alleviate the toxicity of aminopterin. Methotrexate has become the drug of choice for many cancers, and later for psoriasis, rheumatoid arthritis and for resolving cases of ectopic pregnancy.

During World War II, Subbarow’s research led to diethylcarbamazine, an oral drug for filariasis, a mosquito-borne disease that plagued soldiers in the Pacific.

The adventure with Aureomycin went on in parallel. Subbarow had invited renowned University of Missouri professor Benjamin Duggar to join his lab to study mold that appeared in soil samples in order to isolate fungi that could treat bacterial infections. A sample from Missouri yielded the promising golden mold (sample A-3777) which, treated with corn maceration liquor, led to the drug Aureomycin. Louis Tompkins Wright, a famous African-American surgeon and rights activist, first tried it to treat venereal disease at the Harlem hospital and had remarkable success. Unlike penicillin and streptomycin which were injectable, aureomycin was an oral medication. It looked so promising that later that year thieves broke into a Boston drug warehouse to steal it. Tetracyclines, of which Aureomycin was the first, have since been used in the fight against many serious bacterial diseases.

After Subbarow’s sudden death in August 1948, his funeral was held at Emmanuel Baptist Church in Ridgewood, New Jersey. For a few years he had been involved in the church. This, like his involvement in the Ramakrishna mission, seemed to stem from his desire to help others and his recognition of human limitations. As he once remarked, as a scientist, “we just extend life, we don’t deepen it.”

His death was mourned not only by the scientific community, but also by others. Among them were the people he knew at the YMCA bowling alley in Nyack, a suburb of New York City, which he frequented at a less busy time in his life. In his obituary, the New York Herald Tribune wrote: “Few laymen were directly familiar with Subbarow’s work … but many advances in modern medicine are a monument to his genius, and thousands of people will benefit for years from the investigations he initiated and supervised.” Pastor Gordon Torgersen’s sermon titled “There are Giants on Earth” prompted two members of the Emmanuel Baptist Church to pay off his long-standing mortgage on behalf of Subbarow. The commemorative plaque is still standing.

A factory set up by Lederle (now part of Pfizer) in the Valsad district of Gujarat in 1953 was inaugurated by US Ambassador George Allen in the presence of Subbarow’s mother, Venkamma. In 1995, the Indian Postal Service issued a stamp in his name. Pulitzer Prize-winning Siddharth Mukherjee’s book in 2010 Emperor of all diseases gives Subbarow its rightful place as a pioneering researcher in the global quest for a cure for cancer: “Yella was a pioneer in many ways, a physician turned cell physiologist, a chemist who had accidentally lost his way in biology. “

This is part fourteenth in a series about the early Indians who paved the way in other parts of the world. Read the rest of the series here.