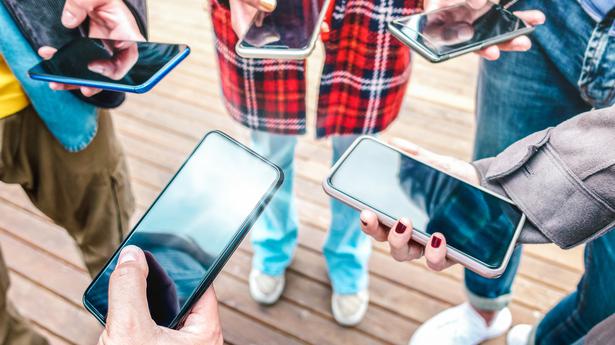 The latest UK Million Women Study on cell phone use and risk of brain tumors published online March 29, 2021 in Journal of the National Cancer Institute confirms the growing body of evidence that routine cell phone use does not increase the incidence of brain tumours. There is now increased interest in the topic as phone companies plan to launch 5G technologies soon.


From 1996 to 2001, UK Million Women Study recruited 1.3 million women born during the 15-year period between 1935 and 1950 into the study. The researchers first asked about their cell phone use in the median year of 2001 and then again in the median year of 2011. They followed all study participants via a pairing of records with National Health Service databases of deaths and cancer records (including non-malignant brain tumours).

The researchers linked each participant’s independent electronic health records to their behaviour, in this case the personal use of cell phones.

During the 14 years of follow-up of 776,156 women who completed the 2001 questionnaire, the study recorded 3,268 brain tumors in total. The adjusted relative risks of forever vs never cell phone use were 0.97 for all brain tumors, 0.89 for glioma, and not statistically significantly different from 1.0 for meningioma, pituitary tumors, and acoustic neuroma.

Compared to nonusers, the researchers found no statistically significant associations overall or by tumor subtype, for daily cell phone use, or for having used cell phones for at least 10 years. .

Taking usage in 2011 as the baseline, the researchers found that there was no statistically significant association with talking for at least 20 minutes per week or with at least 10 years of usage. For gliomas occurring in the temporal and parietal lobes, the parts of the brain most likely to be exposed to radiofrequency electromagnetic fields from cell phones, the relative risks were just under 1.0.

In a press release from the Science Media Center in London, Professor Malcolm Sperrin, of University Hospitals Oxford, noted that this Oxford study is a welcome addition to the body of knowledge on the risks of mobile phones, and more particularly with regard to certain types of tumor genesis.


“This is a well-designed prospective study that does not identify any causal links but recognizes that there may have been spurious correlations resulting from previous studies that are retrospective in design. There is still a need for further investigation. research, especially as phones, wireless, etc. become ubiquitous, but this study should allay many existing concerns, he cautioned.

Researchers have investigated associations between cell phone use and brain tumors in numerous studies, as the brain was the organ most at risk. When we keep cell phones very close to our head, the RF-EMFs emitted by cell phones penetrate several centimeters into our head; the energy is absorbed in the tissues of the temporal and parietal lobes of the brain. The well-established biological effect of RF-EMFs on tissue is heating. When researchers developed human RF-EMF exposure limits for cell phones, the primary consideration was to prevent substantial heating that could lead to adverse health effects.


There were legitimate concerns about the possibility of adverse biological effects from RF-EMF exposure below these limits, possibly caused by mechanisms other than heat. The researchers added a safety factor of fifty to accommodate these unknown mechanisms. In any case, long-term epidemiological studies are defensible.

In an earlier analysis in 2013 after a seven-year follow-up, researchers showed that mobile phone use was not associated with an increased incidence of gliomas, meningiomas, or non-CNS-related cancers. The present study, after a 14-year follow-up, a 60% increase in the number of brain tumors and further analyzes by laterality and tumor location in the brain, again confirmed that cell phone use under usual does not increase the incidence of brain tumours.

We don’t need to lose sleep worrying about brain tumors and cell phone use.

( KS Parthasarathy is a former secretary of the Atomic Energy Regulatory Board. [email protected])