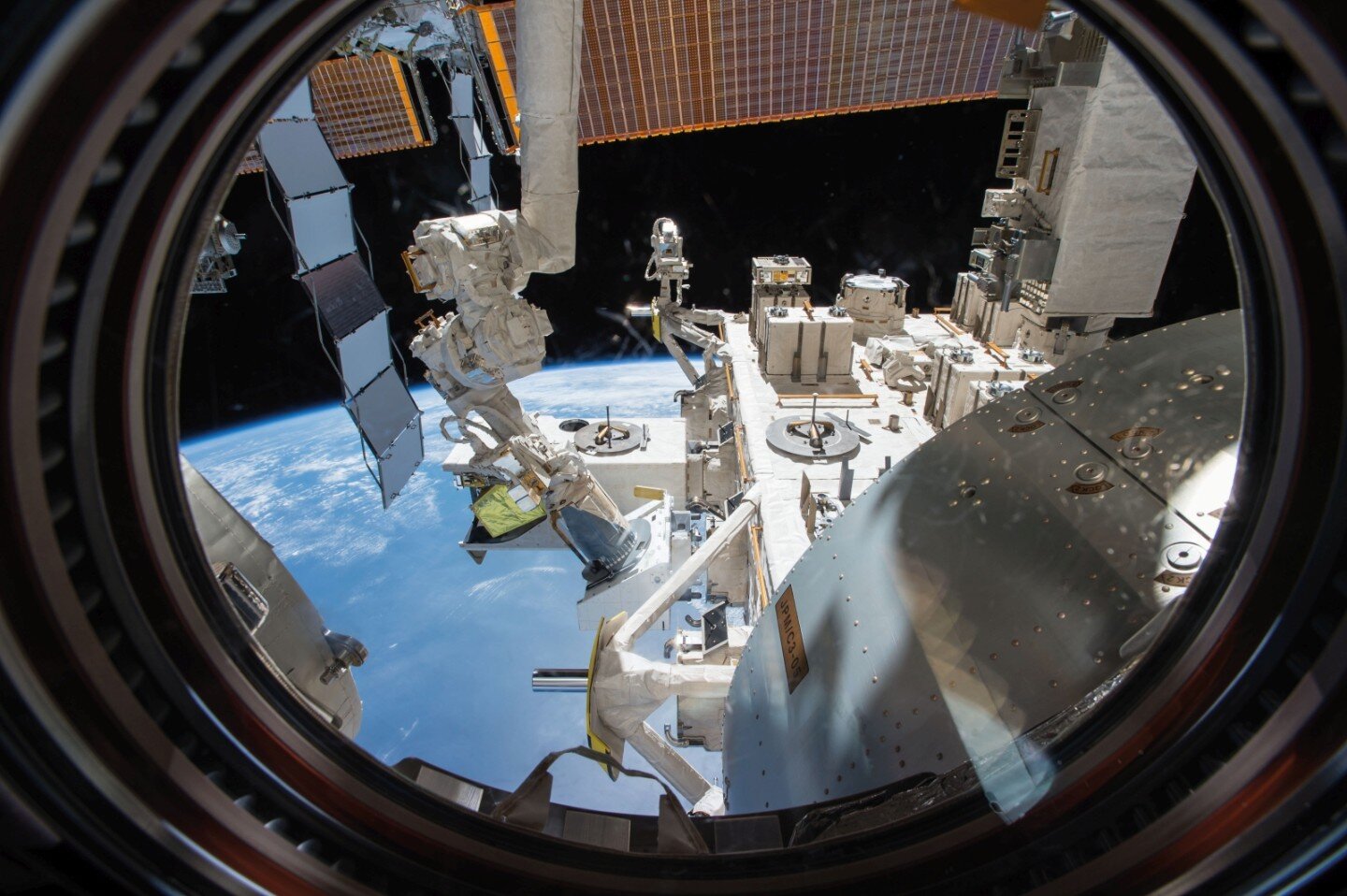 Using a satellite system to measure water stress in plants, two researchers from the Fraunhofer Institute for High-Speed ​​Dynamics of the Ernst-Mach-Institut of EMI founded the spin-off Constell R Their technology allows the agricultural sector to optimize the irrigation of arable land. land and increase crop yields. The first sensor system will be launched into space in early 2022 and will be installed on the International Space Station (ISS).

The world’s population is increasing, as is the demand for food. Due to the limited arable land, more crops will be needed in the same area in the future and the crop will need to be improved. One of the important ways is an ideal water supply. Indeed, when a plant reacts to water stress, it invests less energy in the fruit and produces less. One of the major problems is the difficulty of measuring the condition of plants in the vast arable land of the world. Nevertheless, satellite data They have been used to give an overview since the 1970s, but remain relatively imprecise. So far, scientists have mainly used visual and near-infrared sensors to detect chlorophyll, a plant pigment, which breaks down when plants don’t get enough water. “But it’s too late,” says Max Gulde, physicist at the Fraunhofer Institute for High Speed ​​Dynamics at the Ernst-Mach-Institut EMI in Freiburg. “What we need is technology that tells us within hours whether our plants have ample access to water.

The algorithm determines the temperature of the leaf surface

Max Gulde and his colleague Fraunhofer EMI Marius Biadel set out to develop exactly this type of technology. Satellite technology is also applied here, and the research team uses advanced infrared cameras on the satellites. A special algorithm evaluates the data to determine the temperature of the plant’s leaf surface. This allows researchers to draw conclusions about the water supply. When there is a lack of water, less water evaporates from the leaves. This increases the temperature of the leaf surface. “In two hours, temperatures can vary by a few degrees Celsius,” explains Max Gulde. “Our method can measure temperature differences to the nearest tenth of a degree very precisely. Technically, sensors measure the amount of energy emitted by plants in the form of photons.

One of the challenges that arose during the development phase was how to remove the coherent heat emitted by the atmosphere, the Earth’s surface or the satellite itself. This heat distorts the temperature data obtained from the sheet surface. Thanks to their algorithms, the EMI researchers have also succeeded in meeting this challenge. And it was the European Space Agency (ESA) which confirmed the proper functioning of the system. Such a compact system can solve temperature measurement problems, ”emphasizes Max Gulde. The data is downloaded from the satellite to the ground station, processed in the data center, prepared for the user and finally transferred to the agricultural user application.

Optimal irrigation in near real time

The main advantage of this technology is that the data and information on the water supplied to the plants is available in just a few hours. As a result, farmers can adjust irrigation levels in near real time, especially by watering the most affected fields and plants. In addition, the precise identification of precise irrigation systems saves water and enables more accurate harvest forecasts. This means that farmers can predict how much a drought will damage their crops weeks ago, so they can price their produce accordingly at an early stage. “This allows farmers to dramatically improve the security of their plans,” Gulde explains.

The new technology will be operational in space on the International Space Station from early 2022.. This will improve food security for people around the world and make significant progress, especially during times of climate change, ”said Professor Frank Schaefer, head of the Institute’s Systems Solutions division.

Gulde and Bierdel created a company called Constell R to further develop and commercialize this technology. Since 2015, two scientists have been working on ERNST nanosatellite missions using compact infrared cameras. In 2017, they had the idea of ​​equipping their satellites with high-resolution thermal space cameras for temperature measurement. The job of young researchers at the time was to design the smallest satellites that would bring the most benefits to society. European Copernicus Masters Competition. EMI researchers were embraced by their ideas in a startup program known as the Accelerator. “It is thanks to our involvement in the program that we learned all the basics of entrepreneurship,” explains Max Gourde. However, the grant from the German Federal Ministry of Economics and Energy was only 1.8 million euros, of which 10% was granted by Fraunhofer EMI. Satellite system And I found Constell R.

The two experts will leave the Fraunhofer Gesellschaft at the end of 2022 and will devote themselves fully to the development society. Their work has already given rise to three patents.

This document is subject to copyright. No part may be reproduced without written permission, except for fair dealing for the purposes of personal investigation or research. The content is provided for informational purposes only.