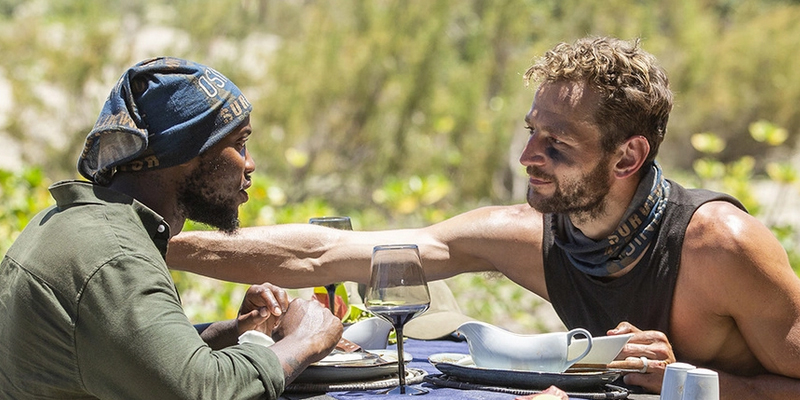 Each week here on Inside Survivor, we’ll be running a fan survey to determine the Player of the Week in Survivor South Africa. Readers can vote for the player who impressed them the most with their strategic gameplay, social skills, and overall performance. The ballot will close on Wednesday.

In the fourteenth episode of Survivor South Africa: Immunity Island, we saw the elimination of 29-year-old strategy consultant Kiran Naidoo. It was an uphill battle for Kiran after the close call last week, where Anela nearly toppled the League of Shadows alliance before blowing up her own plan. Now, knowing that he couldn’t trust Anela, Kiran had nowhere to turn.

Kiran’s only saving grace was that Chappies lost the challenge of immunity. Considering how far he has come, Chappies has become a major threat and it would make sense to get rid of him if the opportunity arises. However, after winning the Reward challenge, Chappies was able to rejuvenate himself with steak and mashed potatoes, as well as the not-so-secret crab dinner he served himself later that day.

With all that extra fuel, Chappies won his fourth Immunity Challenge in a row, sealing Kiran’s fate. As he tried to redeem himself from Nicole, there wasn’t much to convince that he could do after voting for her at the previous Tribal Council. And there was certainly no way he could trust Anela again. Plus, with his right arm Tyson healing a leg injury, Kiran was clearly the biggest threat on the beach.

Kiran voiced his opinion to Tribal, putting some heat on Chappies and Anela, but nothing he could say would change the outcome. Ultimately, Kiran was sent to the jury by a 3-2 vote.