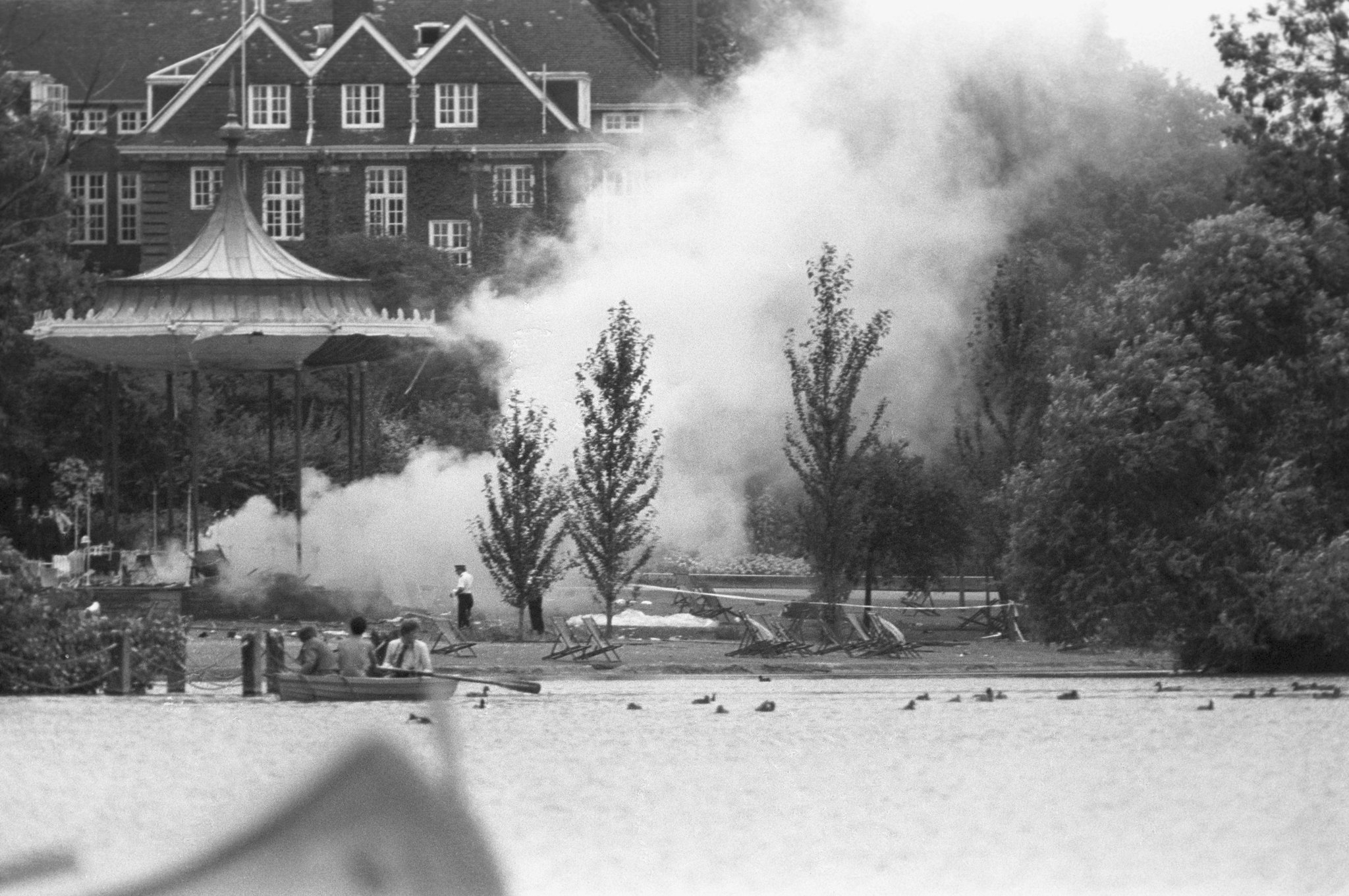 Keith James, whose father Keith Powell was one of 11 fatalities in the attacks on London’s Hyde and Regent’s Parks, was speaking as the Tory leadership revealed revamped plans for some sort of qualified amnesty.

Mr James, who will turn 40 in July since the atrocities that claimed his father’s life, also described it as “incredible” that Sinn Fein is now the biggest party in the province.

He was speaking after the government revealed on Tuesday that it was changing its plans to deal with the backlog of thousands of unresolved unrest cases.

Register to our daily newsletter

Smoke rises from the wreckage of the bandstand in Regent’s Park after the IRA bombing. Seven people were killed by the blast, which happened while the Royal Green Jackets band were performing a lunchtime gig.

Previously, he had suggested a blanket amnesty for all crimes committed during the Troubles.

After a tsunami of opposition to this from across NI political circles, he has now found an alternative – a ‘reconciliation commission’ will be set up, allowing the paramilitaries to come forward and admit their crimes.

If they are found to have done so honestly, they will enjoy immunity from prosecution.

Many details of exactly how this will work remain unclear. But groups Innocent Victims United and WAVE Trauma Center have already spoken out strongly against the plans.

Now Mr James has added his own skeptical view to the mix, telling the News Letter: ‘That’s not justice, is it? It’s clear as day. We don’t accept it. That’s it.

“We deserve justice. I’ve wanted it for as long as I can remember. It just doesn’t hold.

He also said the outcome of last week’s election was “deplorable”.

“I still don’t know for sure who planted the device that killed my father. I’m pretty sure they know that.

He added that “our family never got justice for the murder, let alone compensation for the misery.”

He says his father, who was 24 at the time of his death, “was only in the army for the love of music”.

At the time of his death at the bandstand, he was playing the clarinet, but he could play “any instrument”.

“He lived in Antrim for a while and had Irish friends,” said Keith (a 39-year-old furniture salesman from North East England).

“The bomb was under him. My brother was seven when it happened, so he spent some time with him. He can’t really talk about it. It just pisses him off too much.

“It was insane. It was out of place. He was literally just a young boy.

A DAY OF CARNAGE THAT COULD HAVE BEEN WORSE:

As bad as the carnage of the double bombing in London was, it could have been even worse.

It seems to have gone underreported, but one of the unexplained aspects of the bandstand bombing was that police had dredged a lake in the nearby park and found a briefcase.

The Wikipedia entry for the Regent’s Park bombing states that “unlike the Hyde Park bomb, it contained no nails and appeared to be designed to cause minimal harm to bystanders” – but this is not may not be the case.

The briefcase in the lake contained wood glue, a saw, 64 four-inch nails and 38 three-inch nails (according to a Thames News bulletin at the time, which reported that the Taiwan-made faux leather case had been “abandoned”).

We don’t know why, or how, he ended up in the water.