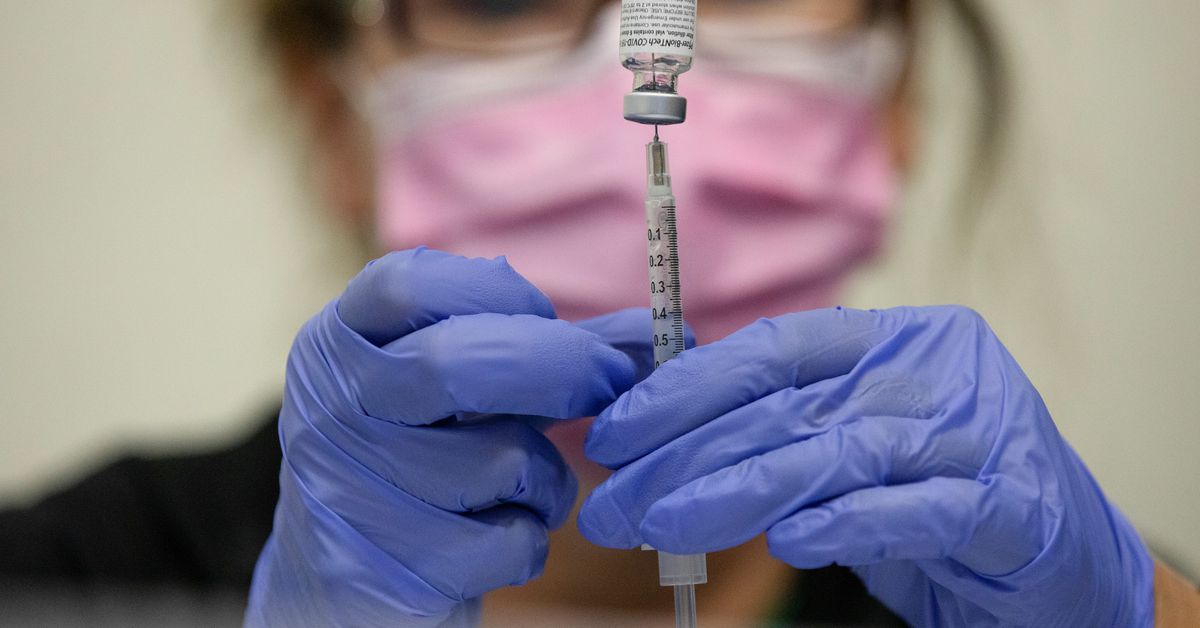 September 30 (Reuters) – A U.S. judge upheld the University of California’s COVID-19 vaccine requirement against a challenge from a professor who alleged he had immunity due to a previous coronavirus infection , in what appears to be the first ruling on the matter.

More than 43 million Americans have had confirmed cases of COVID-19, and some vaccine opponents have argued that immunity to infection negates the need for inoculation.

The US Centers for Disease Control and Prevention (CDC) said on Aug. 6 that a study found vaccines provide better protection than the natural immunity gained from a previous infection, which wanes over time. .

On Wednesday, a group of Republican congressional physicians wrote to the CDC urging the agency to recognize natural immunity.

Lawmakers have said that if the growing number of vaccination mandates ignored natural immunity, it could lead to labor shortages, as people would be made redundant for failing to get vaccinated. Their letter indicated that such warrants could even trigger a security crisis as up to 20% of the military face “separation” and many of them “probably have natural immunity.”

Selna’s decision dismissed a preliminary injunction motion from Aaron Kheriaty. And while Selna said the professor at the University of California, Irvine School of Medicine had shown no likelihood of success, Kheriaty said he plans to continue the litigation.

He told Reuters he plans to use the discovery process to determine how the policy was formulated and to question expert witnesses at the university about their reasoning for rejecting his arguments over natural immunity.

The university did not immediately respond to a request for comment.