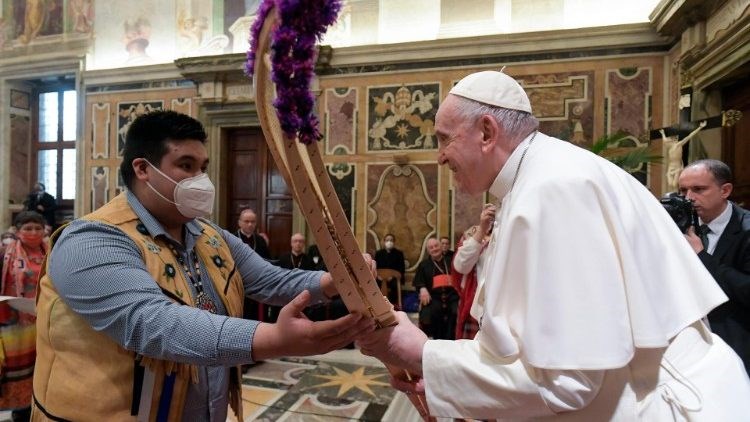 The immunity certificate was issued as a British Columbia man asked the pope’s ambassador to Canada – the papal nuncio – to hand over documents in a case in the British Columbia Supreme Court over allegations of sexual abuse by priests.

“I am deeply shocked by this revelation,” said Grand Chief Stewart Phillip, President of the Union of BC Indian Chiefs.

Since the discovery of approximately 200 unmarked graves at the Kamloops Indian Residential School in May 2021, more than 1,000 suspected human remains have been identified at other schools across Canada.

Phillip said the Trudeau government needed to be challenged over its decision – a difficult task given global agreements on diplomatic immunity.

The prime minister’s office did not immediately respond to a request for comment.

The certificate was issued after Mark O’Neill alleged that Catholic priests in Mission, British Columbia, and a seminary employee sexually assaulted him. He was between 13 and 17 years old at the time of the alleged events.

O’Neill and attorney Sandra Kovacs want the pope’s envoy to Canada to hand over documents related to the case.

Global Affairs Canada, however, sent a letter to the BC Supreme Court regarding O’Neill’s case. In it, the department reminds the court of a certificate of diplomatic immunity applying to the nuncio and of the archives under its control.

O’Neill is seeking damages for sexual abuse he claims he suffered as a teenager while at a Catholic Mission seminary from 1974 to 1978.

In a March 24 petition to the Supreme Court of British Columbia, Kovacs sought an order requiring the Reverend Ian Jurkovic, the Apostolic Nuncio to Canada, to turn over several records.

This was before a representative from Global Affairs Canada sent the letter to the court, questioning the prospect of transparency around church records.

“I hereby certify, under the authority of the Minister of Foreign Affairs, that a diplomatic mission of the Apostolic Nunciature (Embassy of the Holy See) has been established in Canada with the consent of the Government of Canada and that its archives enjoy of inviolability by virtue of foreign missions. and the International Organizations Act,” wrote Jessica Dawson, Deputy Director of the Criminal, Security and Diplomatic Law Division at Global Affairs Canada.

“As such,” Dawson added, “Mr. Jurkovic enjoys, in Canada, the privileges and immunities set out in Schedule I of the Foreign Missions and International Organizations Act.

“I’m shocked,” Phillip said after reviewing the documents. “I’m a veteran and I don’t shock easily. It will create a lot of waves.

Challenging Ottawa may not be easy.

As Kovacs noted in court on April 28, the Vatican is a state, having been recognized as such in an agreement between Italian Fascist Party dictator Benito Mussolini and Pope Pius XI.

“All the rhetoric (from Trudeau) and his deep commitment to reconciliation…then he turns around and issues an immunity certificate,” Phillip said. “It’s a pretty big problem.”

The controversy comes less than a month after Francis met with Canadian residential school survivors in Rome, where he expressed outrage and shame at the church’s role in the abuse of thousands of students.

“For the deplorable conduct of these members of the Catholic Church, I ask God’s forgiveness and I want to tell you with all my heart: I am truly sorry,” Francis said.

“I encourage the Bishops and the Catholic community to continue to take steps towards the transparent search for truth and to foster healing and reconciliation.”

There is still a chance that the pope could visit Canada.

On April 1, the same day Pope Francis apologized to the Indigenous delegation, Trudeau spoke of the weight an apology on Canadian soil would mean for survivors.

“The Pope’s apology to residential school survivors and their families presented to Canada will respond specifically to the Truth and Reconciliation Commission’s Call to Action #58,” Trudeau said.

The commission’s calls to action make no mention of the records held by the church.

Documents sought in the O’Neill case

What O’Neill and Kovacs want is correspondence between Christ the King Seminary, Westminster Abbey Ltd., the Roman Catholic Archdiocese of Vancouver and the papal nuncio about sexual misconduct at the seminary.

Arguing for disclosure of the documents in court, Kovacs said Thursday that the nuncio served as both ambassador and chief executive of the church in Canada.

As such, she said, the nuncio cannot hide behind the veil of diplomatic immunity in his leadership role to avoid O’Neill’s request for tapes.

“The nuncio is aware of the request,” she said. “He clearly read it because we wouldn’t have heard from World Affairs.”

While representatives for the other defendants in the O’Neill case appeared on April 28, no one appeared on behalf of the nuncio.

“I have not received any direct communication from the nuncio,” Kovacs told Master John Bilawich, one of 15 masters of the Supreme Court of British Columbia appointed to rule on pretrial motions and orders. of procedure.

“All I received was the (immunity) certificate from Global Affairs.”

Since the nuncio is in Ottawa, Bilawich questioned whether he had jurisdiction to issue an order for production of documents.

Kovacs said the nuncio does business in British Columbia as part of his church management capacity.

“I suggest you do, in fact, have jurisdiction,” Kovacs said. “It’s a company in Canada that operates in British Columbia.

The lawyer added: “There can be no justice without access to the truth”.

None of O’Neill’s allegations have been proven in court.