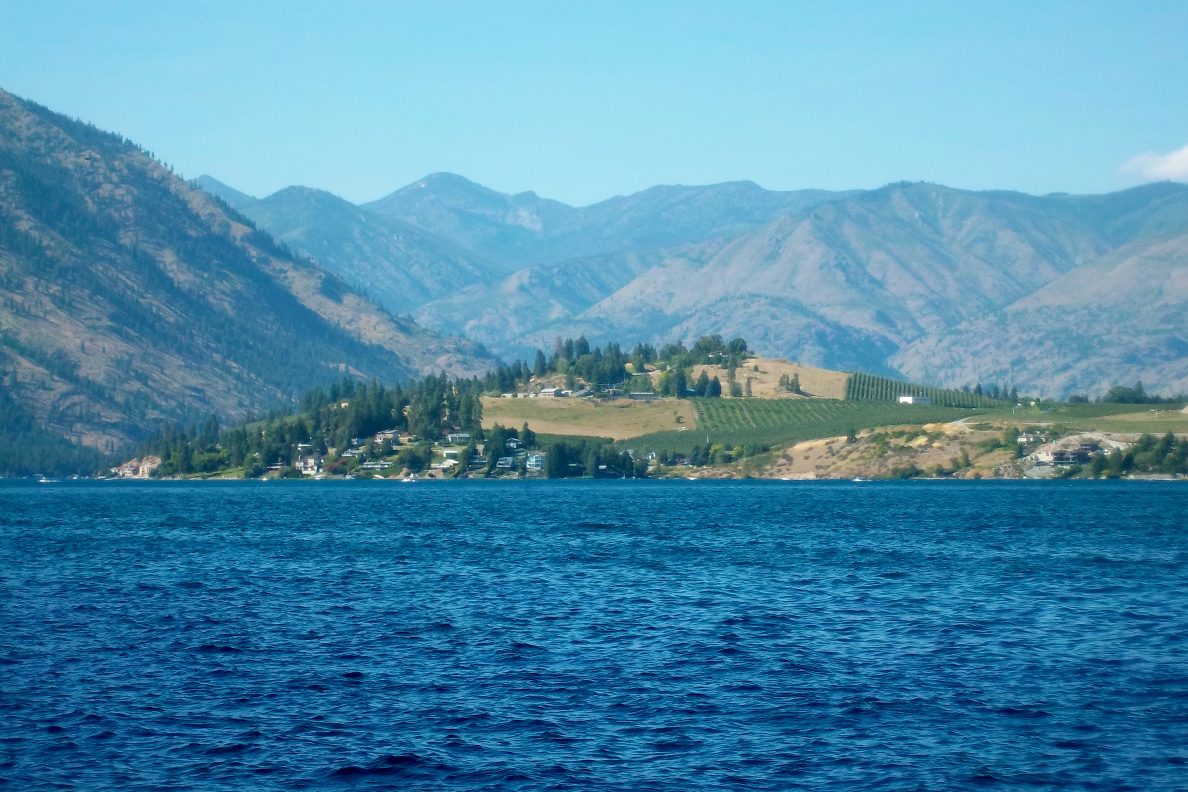 With a new grant from the National Science Foundation, Washington State University will prepare graduate students to tackle a difficult problem more than 1,200 miles long: the Columbia River.

The five-year, $ 3 million scholarship will fund a research training program focused on the relationships between rivers, watersheds and communities. The program aims to transform higher education in science, creating a diverse workforce who will not only conduct research, but also engage first with the many communities that depend on the Columbia for clean water and the food.

The grant represents a paradigm shift in the way such research has been carried out in the past, said Jan Boll, principal principal investigator of the program.

“Often, students would research a particular feature of this problem; then we put it out hoping that somehow the people who live in the watershed would hear about it – we’re going to reverse that, ”Boll said. “We’re going to go out into the communities and listen to the types of issues that people have, and then incorporate them into the research that we’re doing with the students. “

The training program will be managed by the WSU Center for Environmental Research, Education and Outreach or CERÉO, which brings together hundreds of WSU professors from several disciplines. Interim Director of CEREO, Boll is a professor of civil and environmental engineering, and his co-principal investigators on this project are Dylan Bugden in Sociology, Erica Crespi of the School of Biological Sciences, Alexander Fremier of the School of Environment and Zoe High Eagle Strong from the Nez Perce tribe who run the WSU Center for Native American Research and Collaboration.

High Eagle Strong will help the group engage tribal communities in the research process and recruit Indigenous graduate students for the program, a key focus of the grant, as many tribes have a deep historical connection to the Columbia River. The project will also draw on the WSU’s Metropolitan Research and Extension Center and external partners, such as the Columbia River Inter-Tribal Fish Commission and the Spokane River Forum to help engage communities across the state.

Many disciplines and partners are needed due to the complexity of the problem and the size of the Columbia River, which originates in the Canadian Rocky Mountains and heads to the coast near Vancouver, Washington, not to mention. because the basin that feeds the river is roughly the size of France.

Water pollution is also what researchers call an “invisible crisis”. It’s easy for people to notice when there’s a drought and the water supply is low, but poor water quality is less evident, Boll said. The quality of the river’s water is critical to human health as communities use the river for fishing, drinking water and irrigating crops. Some of the river’s problems stem from a legacy of past pollution, but some are permanent and cumulative.

“If you start somewhere high up, say upstream from Spokane, maybe the river is relatively clean there, but as you go down pollution becomes more of a problem – and when you get to the west of the state, the problems are even worse, ”Boll said. “The water can look great in some areas, but even small coves aren’t necessarily clean at all. It depends on what is going on in those watersheds.

One of the primary goals of the graduate student researchers will be to engage the communities in these watersheds to help them make science-based decisions that will ultimately benefit the entire river system.

Recruitment of graduate students pursuing a master’s or doctorate will begin this fall with the first cohort joining WSU in the summer of 2022 for a week-long immersion experience on the Columbia. In addition, students participating in this training program will receive a certificate in science and community engagement upon completion.

“Washington State University is a leader in building partnerships between scientists and other members of the community,” said US Senator Maria Cantwell, who chairs the Senate Committee on Commerce, Science and Transportation. “This $ 3 million grant will help them train a diverse generation of researchers and work with the community on water quality solutions for the Columbia River system. Driving solutions through science is how we will solve our country’s biggest challenges and why we need to make a big investment in the National Science Foundation. “